Prague protesting against racism of the Czech acceptance of Syrian refugees 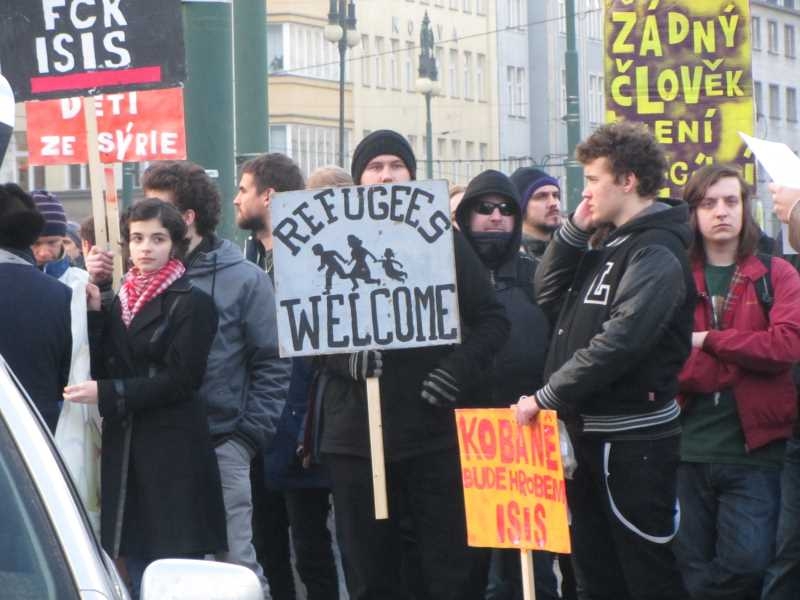 The rally, whose motto was Refugees, welcome, was addressed by several speakers who condemned xenophobia and racism. The participants also observed a minute of silence in honour of the killed Syrians who failed to flee their homeland. The demonstrators then walked through the centre of Prague, carrying banners and chanting slogans. No incidents accompanied the protest. “For the time being, we have mainly seen negative reactions and attitudes to refugees, both among people and across the political spectrum,” Magda Faltová said on behalf of the protest’s organizers. “However, there are many people in the country who are tolerant and want to live in a society that respects people’s rights and freedoms and is capable of accepting those who face danger and cannot stay in their homeland,” Faltová said. She said the protest was meant as an appeal for the society and politicians to take an active approach to the issue of migration. The demonstrators were invited to sign a petition launched by Amnesty International and demanding the acceptance of 1,000 Syrian refugees by Prague. The Czech government recently agreed with granting asylum to 15 Syrian refugee families who are now living in Jordan. Besides, the Czech Republic helps Syrian refugees directly in Jordan. A week ago, the Chamber of Deputies supported the reinforcement of the Czech humanitarian aid provided for the refugees staying in camps in Jordan and Turkey. In a resolution from Feb. 12, Czech lawmakers also rejected the idea of introducing refugee quotas for individual EU member countries, which would define how many refugees each country has to accept.