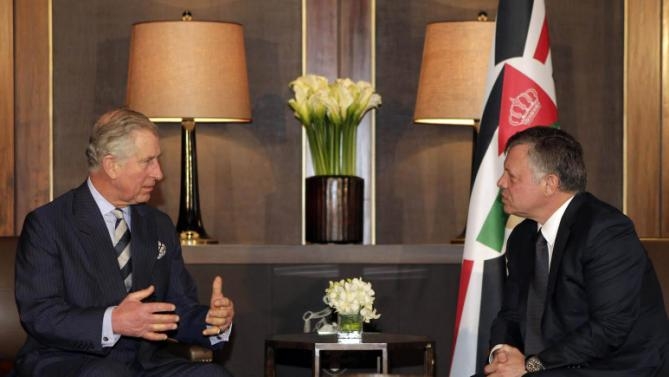 Prince Charles has toured a sprawling camp for Syrian refugees in Jordan, chatting with residents and sampling tea and bread on a walk down the main road. The prince was accompanied by Britain’s international development minister. Minister Justine Greening said in a statement her country will pay an additional $150 million to help displaced Syrians and their host communities in Jordan, Turkey, Lebanon and Iraq. More than 3 million Syrians have fled their war-torn country since 2011. About 80,000 live in the Zaatari refugee camp Charles visited Sunday. Later, Charles also met with Jordan’s king. The heir to the British throne is on a six-day Middle East trip. He told the BBC that the plight of Middle Eastern Christians being persecuted by Islamic extremists is “a most agonizing situation.”