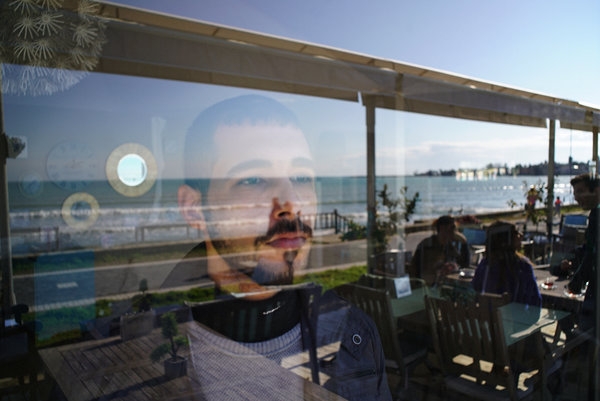 He left his home in Syria over a year ago and set out more than a dozen times, he said, on perilous and ill-fated seaborne journeys to the promised lands of Western Europe. He never made it. In his last attempt, the fishing boat he was on capsized, killing 44 people, including one of his best friends. “I swam for 11 ½ hours before I was rescued by the Turks,” the man said. “That’s when I realized that I would never make it to Europe. So I decided to stay and help people get there myself.”The decision proved to be profitable for the man, who is known as Abu Mohammed, a pseudonym he chose to protect his identity because of the illegal nature of his work and the fact that he is wanted by Interpol, he said. Abu Mohammed, a charismatic former heart surgeon’s assistant, is now a crucial operative in a sprawling migrant smuggling operation based in Turkey that has grown by the year as the Syrian civil war grinds on. He makes about $500 per passenger by organizing large cargo ships supplied by Syrian businessmen to transport other Syrians to Europe. He works with three partners in Turkey and said they had transferred thousands of Syrians to Europe over the past four months. Despite the lucrative nature of his business, he insisted that he and his associates were motivated by a desire to help his fellow Syrians, even placing some of their own relatives on ships bound for Europe. Abu Mohammed said he made sure the ships were seaworthy. And for a reporter who spent a week observing his operations, he appeared more cautious than other traffickers, refusing to let small boats go out to the container ships when conditions were dangerous. “A lot of the traffickers here are Syrian and we all fear God,” he said. “On each ship there is an extended family member or a mother, or a child. We don’t want to send people to their death.” More than three million Syrians have fled their country’s civil war over the last four years, and experts have called it the largest mass migration since the end of World War II. Most of the refugees have fled to Turkey, Jordan and Lebanon, countries that have struggled to cope with the demands of so many newcomers. As the war continues with no end in sight, an increasing number of refugees are turning to human smuggling operations as a way to reach Europe. The European Union has criticized Turkey for not doing enough to crack down on the smuggling. The issue has taken on new importance in the wake of the terrorist attacks in Paris, as European officials worried about their own citizens, who were joining militant groups in Syria and Iraq and returning home among groups of refugees to carry out attacks. Abu Mohammed said that he did not allow militants onboard his ships and that he required references from all potential passengers. Last year, 200,000 migrants — over half of them from Syria and Eritrea — arrived in Europe, up from 63,000 in 2013, according to the Office of the United Nations High Commissioner for Refugees. Thousands died as they tried to cross the Mediterranean on decrepit boats supplied by smugglers. Abu Mohammed said that none of the ships he runs had suffered any casualties. It was not possible to verify his assertion, but former passengers said they chose him because he had a reputation for taking care of refugees and getting them safely to Europe. In recent months, smugglers have begun loading migrants into steel-hulled cargo ships from locations that can be reached relatively easily from Turkey’s eastern Mediterranean coastline. The smugglers then set them on a course for Europe and abandon them, confident that European coast guards will feel morally and legally bound to rescue the huge ships. The ships are more seaworthy than the rickety small boats previously favored by the traffickers, but it is still a dangerous passage for the migrants. Tactics employed by the smugglers to mobilize search-and-rescue operations include throwing motors overboard and allowing ships to run out of fuel. Last month, two battered freighters carrying almost 1,000 migrants were abandoned by their crews during a storm and were rescued by vessels operating under a European Union mission called Triton before they could hit the Italian coastline. Some of Abu Mohammed’s passengers said he had a reputation for using less risky tactics for getting the ships rescued. His crews often just turn off the motor and send out emergency signals. The more dangerous side of the operation, according to Abu Mohammed, is transferring the refugees from the Turkish coast to international waters. These days, Abu Mohammed dispatches his customers from the secluded coves around Side, a small coastal resort town. On a recent evening, with the help of his Turkish partners, who provide small fishing boats, he managed to get about 200 Syrian refugees, many of whom had been staying in hotels and resorts, to a repurposed cargo ship in international waters, about 35 miles from the shore. There, they waited for another group before setting off for Italy.