Protecting Refugee Children in the Middle East and North Africa 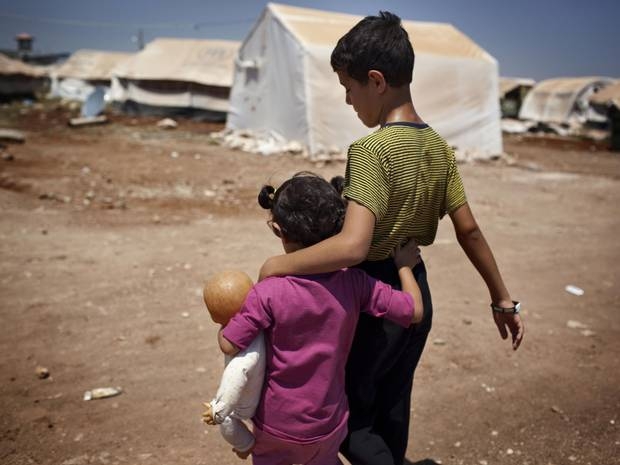 Children in the region confront horrors and hardships that almost defy belief. They have been blown apart by bombs at elementary schools, sold as sex slaves and forced to fight. Millions of children have been driven from their homes in Syria. Recently hundreds of thousands have fled their homes in Iraq. I have met refugee children in Turkey, Lebanon, Jordan and Iraq, and heard their harrowing stories. I have also seen hundreds of refugee children who were bound for North Africa. They had walked from Eritrea to a camp in Ethiopia. Many were utterly alone. They had fled ruthless repression, hopelessness, and military service without end. But were about to continue northward, where smugglers and traffickers could easily kidnap, rob, rape them or send them off aboard unseaworthy boats to drown. By cooperating more effectively, I believe we can offer more and better protection to these vulnerable refugee children and adolescents. So I am very pleased that we have gathered for this conference. Meeting refugees’ basic needs – providing shelter, health care, and nutrition – is not enough. Children and adolescents need targeted aid that is tailored to their ages and needs, recognizes how vulnerable they are and how resilient they can be. These programs can change the trajectory of their lives. The U.S. government supports the goals outlined in UNHCR’s 2012 Framework for the Protection of Children. Today I will focus on one of these goals, safety, and on the related issues of protecting girls, providing quality, education and proper documentation for refugee children. Children continue to face danger, long after they flee from the bullets and the bombs. Often refugee children and adolescents shoulder burdens that they should not, because families are fractured, or because years of exile have stripped them of their money, their dignity, and their patience. More and more children are working, often in jobs that jeopardize their health or their futures because their families need the cash. Refugee girls and adolescents face sexual exploitation and abuse. Some of those who wield power over refugees have reportedly extorted sexual favors. Land lords, camp leaders, and as in crises elsewhere, even some of those charged with delivering aid. Many Syrian refugee girls are not allowed to attend school or even leave their homes because it’s considered too dangerous. Women and girls may be reluctant to seek help when they are harassed. Adolescent girls who are harassed may themselves be blamed and punished by relatives for shaming their families. In part, because sexual abuse is such a danger, and in part because families are running out of money, girls are being forced to marry. Studies show that in two years, the rate of child marriages among Syrian refugees in Jordan has doubled, and nearly half of these marriages pair girls with men at least a decade older. Child brides are more likely to drop out of school, have risky early pregnancies, and face domestic abuse, which endangers both them and their children. Donors, aid agencies, and host governments can work together to help children be and feel safer. Specialized training can help aid workers care for and counsel children. Most aid groups know that we should not create redundant structures that run parallel to existing government institutions, but instead, improve government services to protect all children.