“My son has lost his future due to the collapsing of the education system in Syria, last year, one of the shells landed on his school, fortunately he survived but not his future,” said Mr. Ramez during his visit to Anamel School. When Anamel School was launched at the beginning of last year, it was intended to offer education to secondary students only. Nevertheless, after the first school semester was completed, the school has witnessed the determination and discipline of the students, the school has considered adding a ninth –grade class as it was not included in the school action plan. The idea of adding the ninth-grade class considered as a brilliant idea and was discussed on how to manage all the efforts to ensure gathering the requirements of the classrooms and the teachers. The school has considered that the benefit of the ninth-grade class is that the students are registered and included in the school program at the beginning of the second year. Thousands of students were determined to get their graduation diplomas as their only hope for a better future. The conflict and violence in Syria have disturbing schooling and learning system and students have to pass through countless risks, ongoing unrest and severe dangerous to access education. Some students have to travel many hours to take school exams. Despite these hardships, Anamel School students have expressed their motivation to learn and to hopes to pass the exams and be able to pursue their higher education.

It is worth noting that most of the registered students are students with a weak level of education, so it is considered as a real test to the teachers to raise the level of the students’ performances by the end of the school year.The management of the school has agreed to develop an intensive educational program for the all the students and also offered additional free lessons before the final exam of the school year. Mr Moses, the French language teacher says, “at the beginning of the school year we tested the students’ level, but we found out that the students do not have much French language knowledge, therefore, we had to start to teach them from the basics”. The school has some concerns that there might be a major issue encounter on the students’ performances due to the intensive school program, which impose pressure on the students with very limited time for breaks and doing activities during school days. The school has introduced the ninth-grade activity plans and the teachers have arranged some of these classes as entertainment programs, despite the lack of time. These activity programs have included some of the textbook plays that are in French, and are taught in the classes as part of the school curriculum. The teachers have managed to arrange these plays to be performed by the students as part of completing the course to impart the spirit of competition and fun among the students. 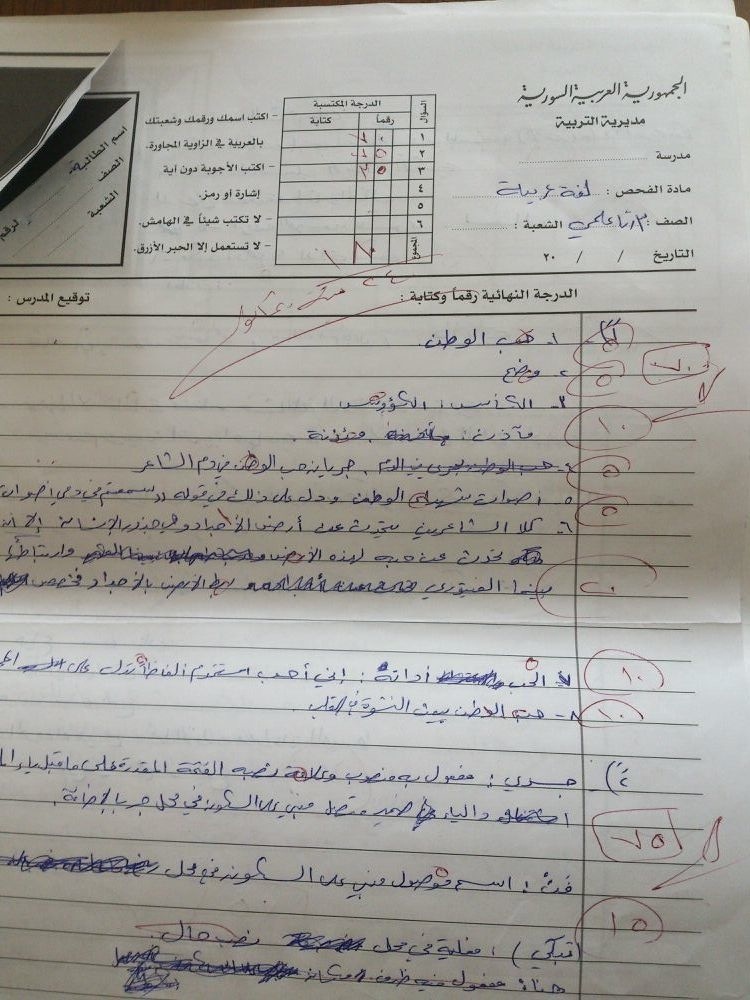 In the last week of the month May, the parents meeting took place to measure the students’ outcomes at the school courses and activities. These meetings are considered very important that reflect either the joy of success or disappointment on the faces of students, parents and teachers. The teachers were at school to meet the parents ,to answer any questions and to check on the performances of the students. The teachers have achieved target of (10% failure degree, 55% pass degree, 25% good degree, 10% very good degree). The school has considered these results as not satisfactory results and cannot be comparable with the overall level of the rest of the students. Nevertheless, it was considered as a quantum and a substantial rise in the level of the students as to their statuses before entering school. Therefore, the efforts that have been made on the students are represented 95% of the return of pupils to the school. The school has enhanced the characterise one of the students who received a total of 95%. Khaled is a students and the only son of Mr. Ramez who feared the loss of the future of his son. “I am triumphal with the results; my father today is very proud of me and no longer worried about my future because I will continue my studies as the whole credit go back to my teachers.” This is what Khalid said when he visited the school with his father after the announcement of the school results. At the beginning of the summer vacation Anamel School opened a preparatory course for the ninth- grade of new students to increase the enrollment of the students from last year and directing them to achieve their better results and excellent levels.