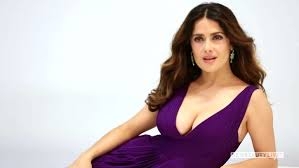 Hollywood A-lister Salma Hayek is putting her luxurious lifestyle on hold – to help Syrian refugees in Lebanon. The actress, who has a daughter Valentina, seven, with her billionaire tycoon husband Francois Henri-Pinault, 48, says she’s been so touched by the plight of the displaced children that she wants to lend a hand. We are bringing schools to refugee camps,’ said the 48-year-old Grown Ups star, right, at an Advertising Week Europe conference in Piccadilly. ‘There are so many desperate children there and I am going out there with Unicef next month.’