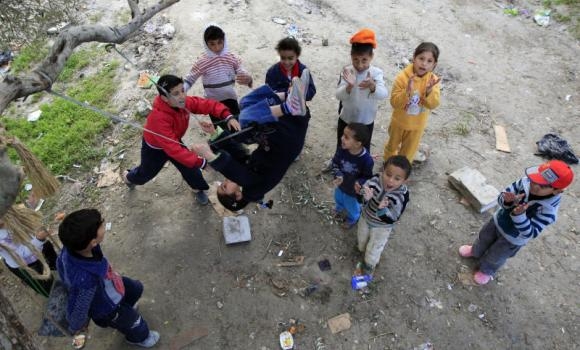 Saudi Arabia has announced its humanitarian projects for 2015 intended to help Syrian refugees in neighboring countries who suffer from hard conditions due to the ongoing war in Syria. The Kingdom will pay for education programs for 3,000 Syrian students, and is set to foot the bill for 1,000 birth assistance packages along with the distribution of 2,000 food packages daily to Syrian refugees in Lebanon. All humanitarian programs will be implemented by the Saudi National Campaign of the Support to Syrian Bothers program. The Saudi ambassador to Lebanon, Ali Awad Al-Asiri, confirmed that Saudi Arabia was the first country which has sent various humanitarian aids for the Syrian refugees in neighboring countries since the beginning of the Syrian crisis. Al-Asiri added that the Saudi aid program, which operates under the supervision of the Ministry of Interior, has announced these projects which were approved for 2015, and it works in cooperation with the Saudi Development Fund and other institutions. “Saudi Arabia’s efforts aim to alleviate the tragic conditions of Syrian refugees through ensuring food packages, health care and education programs. Saudi Arabia stands by Lebanon to bear this economic and social burden through hosting Syrian refugees as part of the common Arab issues,” Al-Asiri said during a celebration which was held in in Beirut to launch the Saudi humanitarian programs for 2015, in the presence of Lebanese officials. “Saudi Arabia will provide two ambulances to Tripoli Hospital and Subal Al-Salam Society in addition to the establishment of a medical center in Bekaa region, which will include a pharmacy that provides free medicines to Syrian refugees. Saudi Arabia will establish a training center that provides courses in computer technology, mechanics and sewing for 300 students”, he noted.