A FATHER who took his 12-year-old son to Istanbul so they could help Syrian refugees says Scotland needs to start preparing now to deal with the psychological trauma suffered by many of the arrivals due before Christmas.

Shehraz Afzal, 46, an artist and NHS health manager from Dundee, said that after watching harrowing footage of the body of three-year-old Syrian boy Aylan Kurdi washed up on a Turkish beach, his son Shahbazz said: “Let’s go and help.” 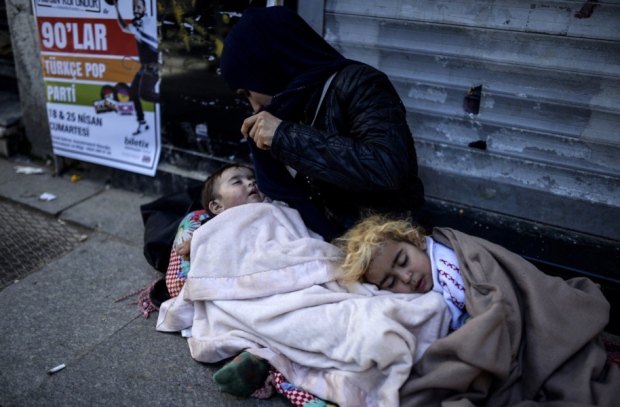 Shahbazz, a first-year pupil at Dundee’s Harris Academy, told his father he felt upset as Aylan reminded him of his six-year-old brother, Haaris.

Afzal said that while he had always tried to explain events in the news to his older son and had taken him on CND and anti-austerity marches, seeing Aylan’s body seemed to bring “the refugee crisis right into my own family”.

“Seeing those disturbing images brought it home to both of us,” he said. “Aylan lying face down in the sand on the beach: that could have been my son. Shahbazz started asking questions – what we could do or if we could visit to help the Syrian refugees there.”

After researching the refugee situation online and ­contacting a number of organisations such as the Alliance of International Doctors, Mavi Kalem, Hayata Destek and Muntada Aid, the pair set off for Istanbul during the ­October school holiday. 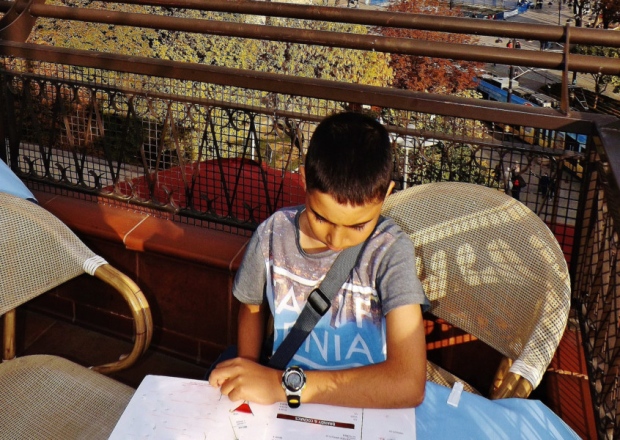 Approximately two million Syrian refugees have been in Turkey since around 2011. The majority are in “holding camps” near the Syrian-Turkish border, while around 500,000 are in makeshift houses in Istanbul.

First Minister Nicola Sturgeon, who has called for more action to be taken over the refugee crisis, said in September that Scotland would take a “proportionate number” – around 2,000 – Syrian refugees as part of the UK government’s resettlement programme.

Afzal, who intends to fundraise for a number of charities whose work he witnessed in Syria, said: “David Cameron said the UK will take 20,000 people over five years. With Syrian refugees being in Turkey for four or five years now, I thought we could learn something from them as well as do what we could.”

Describing what he learned during the visit, Afzal said: “Some families are controlled by gang-affiliated thugs who force them to bring money. They are struggling to get access to housing and education and that’s why they are fleeing places like Turkey and making dangerous trips across the Mediterranean. 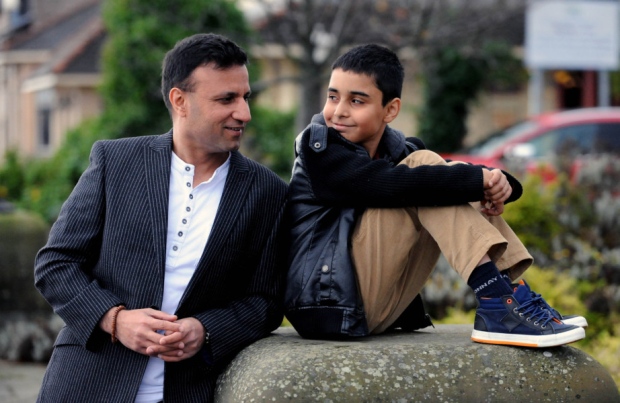 “Project workers told me lots of males have to head to the cities to earn money, working illegally. This means leaving behind women and children who can be exploited in all sorts of ways. The worst-case scenario is women being raped.

“I saw children getting art therapy to try to put into pictures the horrors they couldn’t express. Some children were drawing people with no arms or legs. A psychologist told me one child who kept on drawing black squares and oblongs didn’t want to draw figures, just emptiness.”

Afzal added: “Providing money and material donations is great, but many people have suffered huge trauma because of what they’ve been through.

“We have to make sure when they arrive in Scotland we have psycho-social interventions in place, therapy and rehabilitation.

“We need to dig deeper and make sure our help is not just cosmetic, as welcome as it is.”

Shahbazz, who hopes to give talks on his experience, said: “Me and my dad bought some stuff locally and handed out parcels with food, bottled water, fruit and chocolate. I was extremely happy to see the smiles on their faces and it made me glad we went to Turkey.

“I saw children not able to go to school and so many children walking about with no shoes, even in rainy weather.

“Project workers told me some children have to work long hours and others don’t even have parents to care for them. It made me feel very lucky to be living in Dundee with my football and computer games and no worries.”

A Scottish Government spokeswoman said: “Scotland is firm in its commitment to helping the most vulnerable people in crisis and to accepting our fair share of whatever number of refugees the UK takes.

“The NHS stands ready to assist those arriving in this country from Syria. The NHS in Scotland has experience of receiving and supporting significant numbers of asylum seekers and refugees over many years.

“Health boards work closely with their local authority counterparts to apply a single, co-ordinated and consistent process to ensure that people arriving under the Syrian refugee resettlement scheme receive the care and support that they need at various stages in the reception and settlement process.