Syrian refugees document their exile in the latest installment of the Karam Foundation’s series at Syria Deeply.

This series of posts about our mission, in the words of the mentors, offers a glimpse of what it is like to work on the Syrian border, shares personal stories of extraordinarily talented and resilient kids and reminds us that the Syrian children are more than the world knows, more than the world lets them be. They are #NotInvisible.

The Syrian conflict has created the worst humanitarian crisis of our lifetime. Yet in the midst of despair and destruction there is hope for a brighter future. This series is dedicated to our unwavering hope in the next generation of Syrian kids. We hope the stories will inspire you to action.

Zeitouna is a Karam Foundation program for displaced Syrian children. This creative therapy and physical wellness program runs twice a year on the Syrian-Turkish border with the participation of over 40 mentors and volunteers from all over the world. Zeitouna has served over 2,500 Syrian refugee children and youths since 2013.

This past April, I had the honor of volunteering with this program for the second time. I joined photographer Andrew Reed Weller to co-mentor the digital photography workshop for 60 fifth and sixth graders at al-Jeel School in Reyhanli, Turkey. The photography workshop invited the students to document their lives with point-and-shoot digital cameras, which they were given on the first day of the program. After going over some basic rules of photography, we gave the students their assignment for the week: create a photographic diary of your life through a series of shots. We asked the students to be creative, play with their cameras and have fun.

Every student was a Syrian refugee. Every student had lived through different, difficult experiences but they all shared a life in exile and a love of their homeland, Syria. The children captured powerful snapshots that allowed us to enter their beautiful worlds and to see their lives through their own eyes. 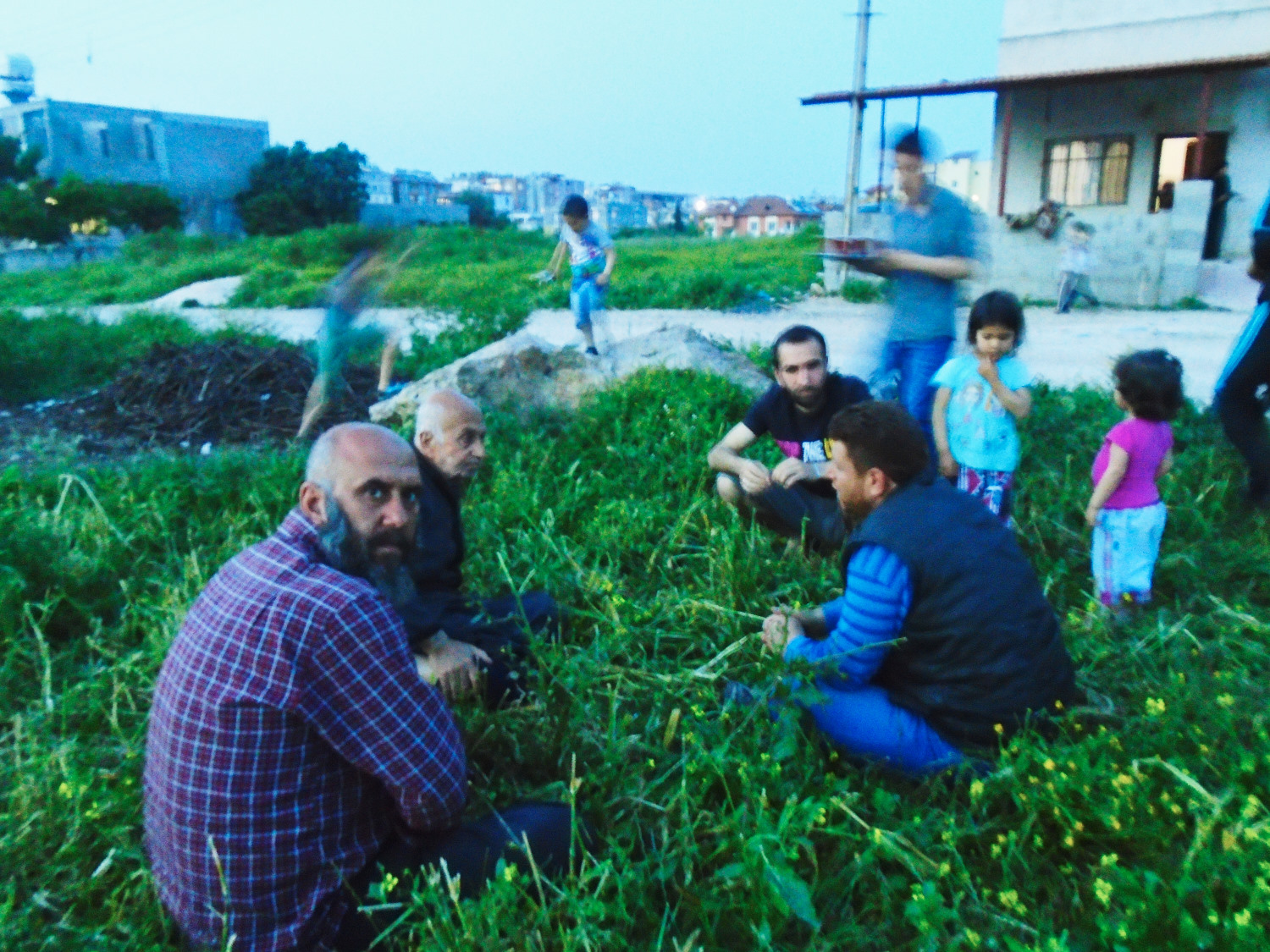 This photograph was shot by Enayat, a 13-year-old from Idlib. Enayat described this scene, “I like it because there is so much going on, but overall there is nothing extraordinary about this picture, just a regular night by our house. You can see my brother serving tea to our neighbors, my siblings playing in the background. This is what we do after school. This is our life.” 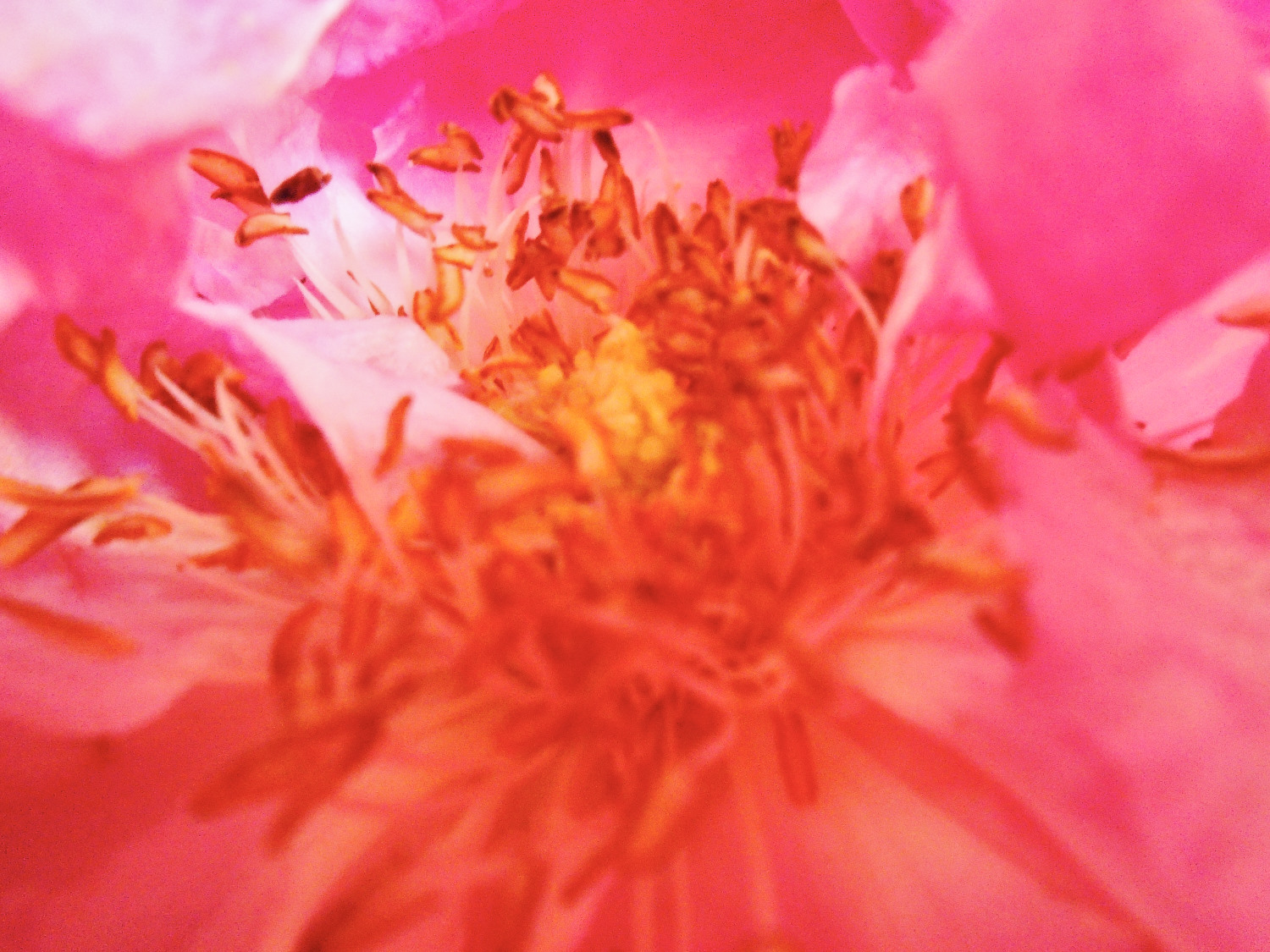 This photograph was shot by Bayan from Aleppo. Bayan described the photo, “I tried to capture this flower from multiple angles. I moved around it, took a couple shots then I chose this one as my favorite. I like it because it captured a frame that we don’t always see.” Bayan professionally implemented many of the rules of photography that we covered in the workshop. We can’t wait to see her upcoming masterpieces. 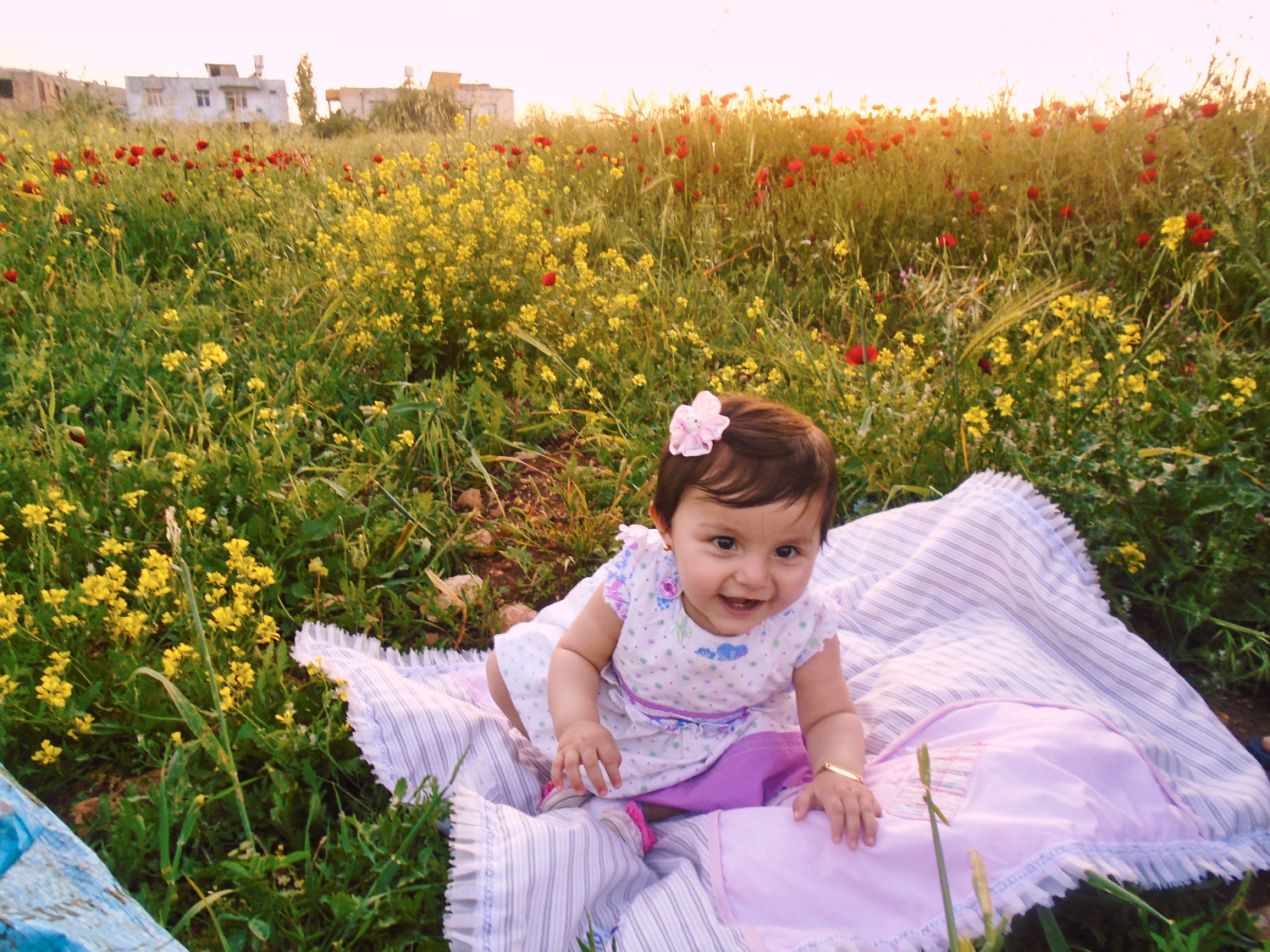 This photograph was shot by Meryam from Latakia. Meryam requested an immediate family trip to the fields after getting her photography homework. She said, “We got there around sunset, just like you told us, it is the perfect time to take photographs. The sun was golden. I kept on clicking my camera for a long time. I think I captured more than a hundred shots!” 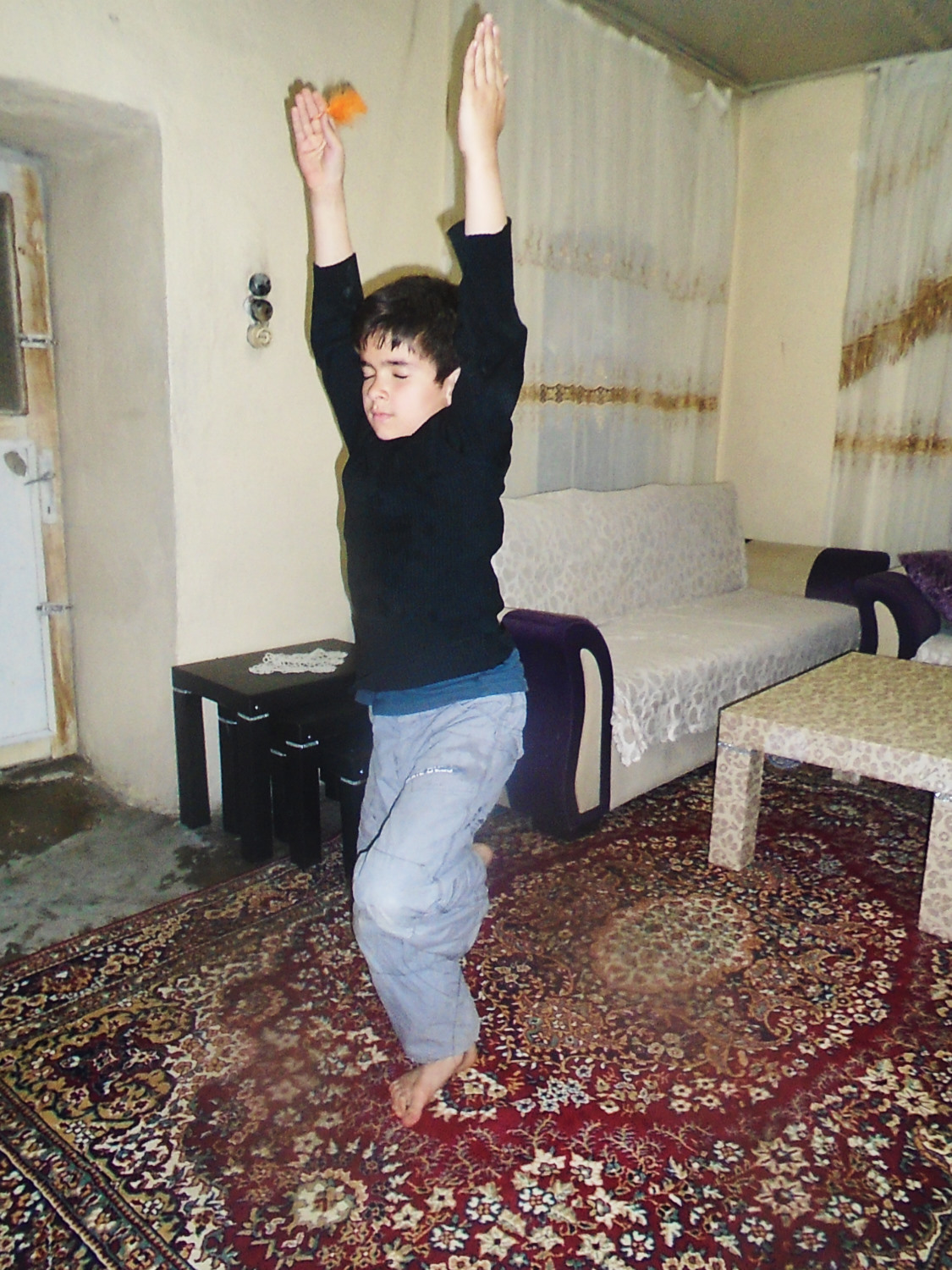 This photograph was shot by Nashwa after the Zeitouna mission had ended. The boy in the photo is practicing what he learned in the yoga workshop conducted by Carla Henson. He is also holding a feather from the dreamcatchers workshop that was led by Australian artist Karen Black and Madison Schutt. This image reflects the long-lasting impact of the Zeitouna program on the children we work with – they continue to practice the skills we taught, and share these skills with their families. 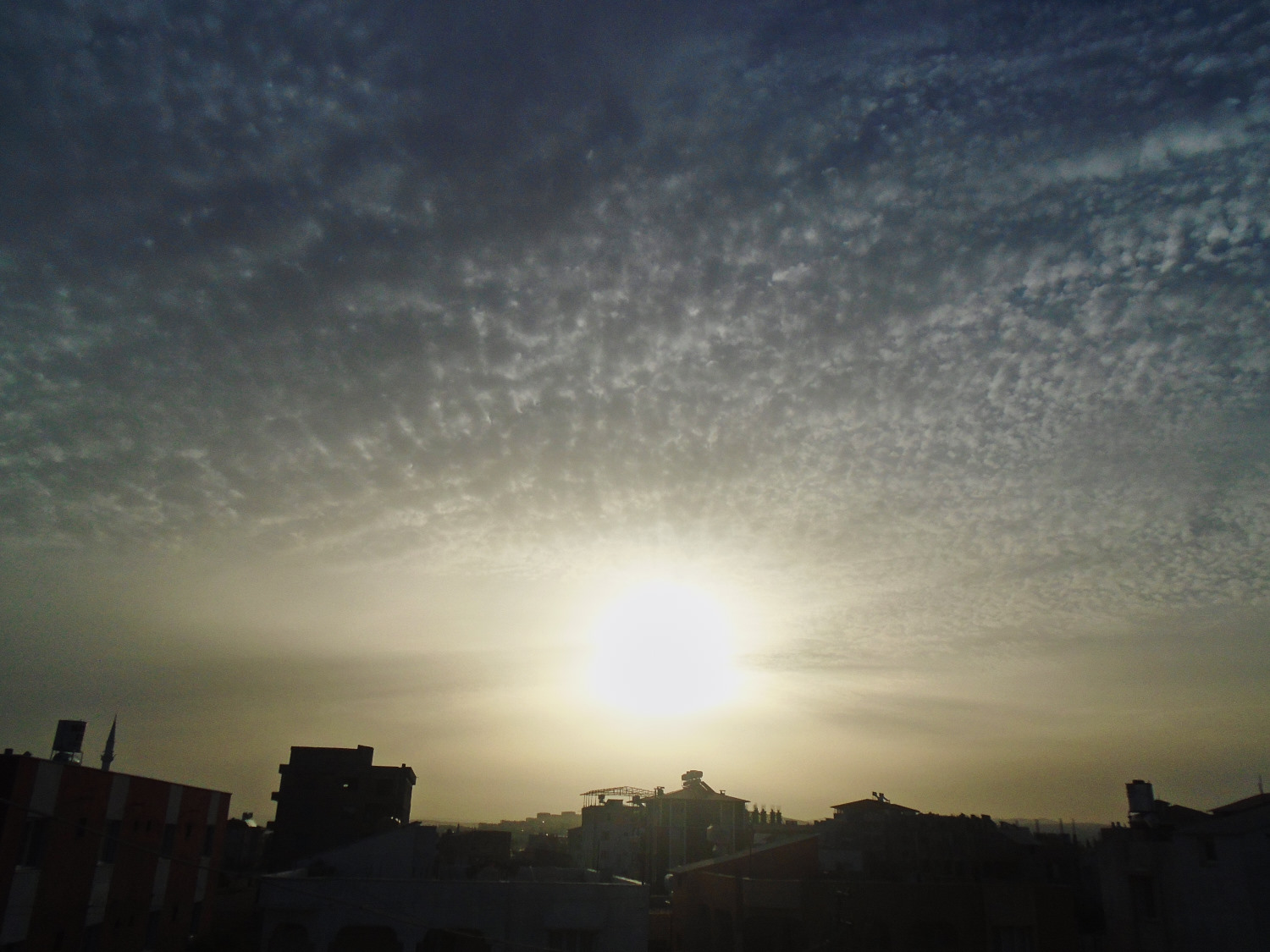 “Sunrise or Sunset?” This photograph was shot by Mays. Mays woke up early in the morning to capture the sunrise and share this beautiful landscape with Syria’s hills in the background.

Every day, the students would ask, “When will you take the cameras back?” I would tell them that the cameras are for them – they get to keep them. But they couldn’t understand. I realized that so much has been taken away from them that they have forgotten how to receive something.

Karam Foundation created Zeitouna to give Syrian refugees some of what they have been missing. Our team of international mentors will continue to return to Reyhanli to tell the children that they are important, that they matter and that they are not invisible.