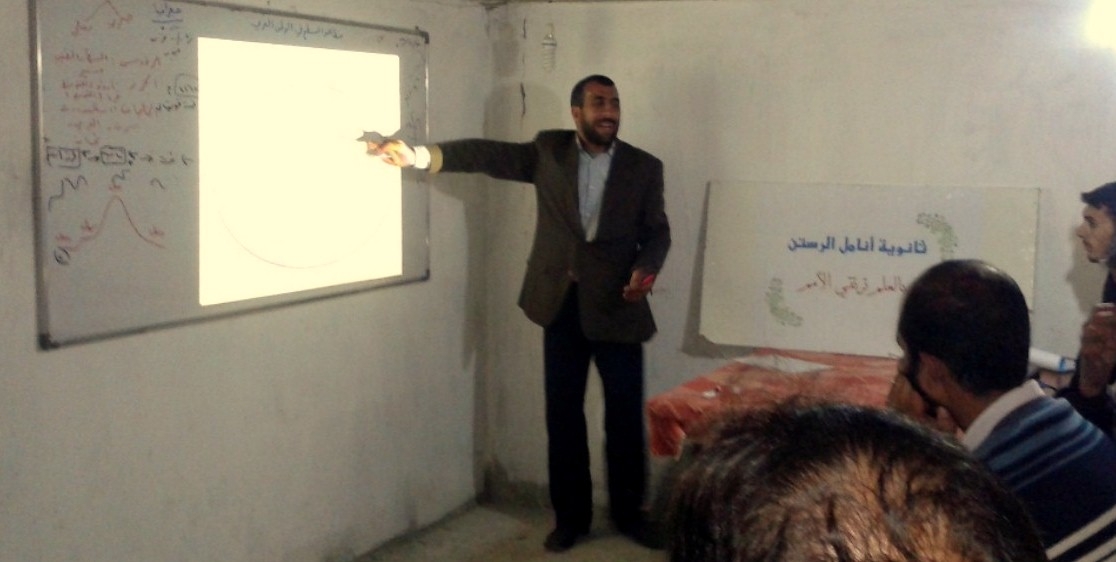 This is a fascinating story of a living martyr teacher in Arastan Anamel School. Mohamed the teacher at Rasatan School is sharing his story about why he was called “The Living Martyr Teacher”. Many years into Syria’s brutal conflict, children have lost years of education, and Syrian schools are no longer function. A large number of schools were destroyed, damaged, or used as shelters for people who flee violence. Many other schools were used as military units.

“I attempted to deliver new teaching methods in the public schools but there were rejected. However, once I joined Rastan Anamel Secondary School I tried to implement these new methods to deliver the information in advanced methods. I teach the lessons and use electronic projectors that are supported by drawings and flowcharts that can be an immense benefit for the students to achieve their higher education targets. When I was returning to my home from the school, the area was raid with airstrikes and I was rescued from under the rubble but later there were some rumours that I was dead but I was miraculously survived this death”.