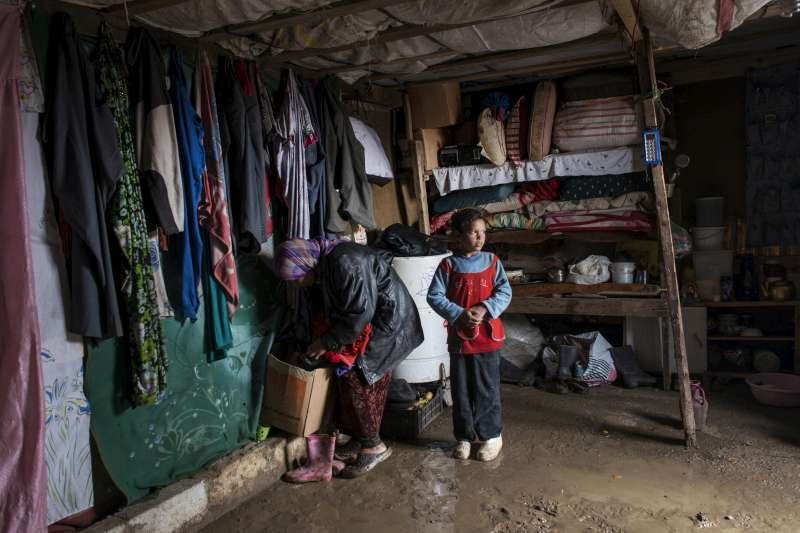 The UN High Commissioner for Refugees told an international conference of donors on Tuesday the Syrian war had reached a dangerous tipping point, with increasing desperation among refugees and in host communities and a widening gap between humanitarian needs and available funding. . ‘It is essential that immediate humanitarian needs and longer-term resilience programmes are supported from the totality of resources available to donors,” UNHCR head António Guterres told the gathering of some 50 states. “Humanitarian assistance budgets are vastly insufficient to meet even the most basic needs, and development actors must step forward to support the longer-term efforts.” In addition to the 12.9 million Syrians inside the country who need life-saving aid, over 3.9 million Syrians are registered as refugees in neighbouring countries. Guterres told the delegates to the pledging conference, the third hosted by Kuwait, that conditions continue to deteriorate. “After four years of conflict, we are at a dangerous tipping point. It is clear that the world’s response to the crisis in Syria cannot be business as usual. The situation is becoming unsustainable,” he said. “If we fail to provide adequate support to refugees and their hosts, and to build up their resilience to cope with the long-term pressures of this increasingly protracted refugee situation, we risk a further destabilization of the entire region.” Countries neighbouring Syria, such as Lebanon, Turkey, Jordan and Iraq have suffered severe impacts from the influx of Syrian refugees, he said. Lebanon is now hosting a Syrian refugee population that would be the equivalent of Germany receiving 22.5 million refugees or the United States suddenly hosting 88 million. The High Commissioner said living conditions for refugees were deteriorating drastically, with two million refugees in neighbouring countries needing food assistance to survive. A third of all refugees live in sub-standard housing, with 600,000 refugee children no longer able to attend school. “With half of all school-aged refugee children and another 2 million in Syria out of school, the number of young people at risk is staggering,” Guterres said, warning of a lost generation. “They have already lost their childhoods to a terrible war and are now also facing lost futures.” The United Nations calculates the cost of meeting humanitarian needs of the Syrian crisis this year – both the immediate needs and the longer-term component under the Regional Refugee and Resilience Plan – at $8.4 billion. Pledges made at the Kuwait conference will be one important step towards meeting that goal. “In this increasingly desperate situation for both refugees and host countries, it is no surprise that more and more refugees are forced to move further afield,” Guterres said, appealing for all countries to keep their borders open to Syrian refugees. “Since January, 15,000 people have crossed the Mediterranean by boat to seek protection in Europe. With no robust European search and rescue capacity, some 480 people have drowned already in 2015, compared to just 15 in the same period last year,” he said. The lack of support that neighbouring countries hosting refugees see – and the growing fears for their own national security – are making it harder for Syrians to escape the war. “Syrians are finding it increasingly difficult to reach safety,” he said. “A massive upscaling of international support to the neighbouring countries is vital for preserving the protection space for refugees, regional stability and indeed global peace and security.” Guterres said that ultimately the people of Syria need a political solution to the conflict, but the international community must do all it can to protect the population as they face increasingly desperate humanitarian needs.