Syria Is Getting Worse 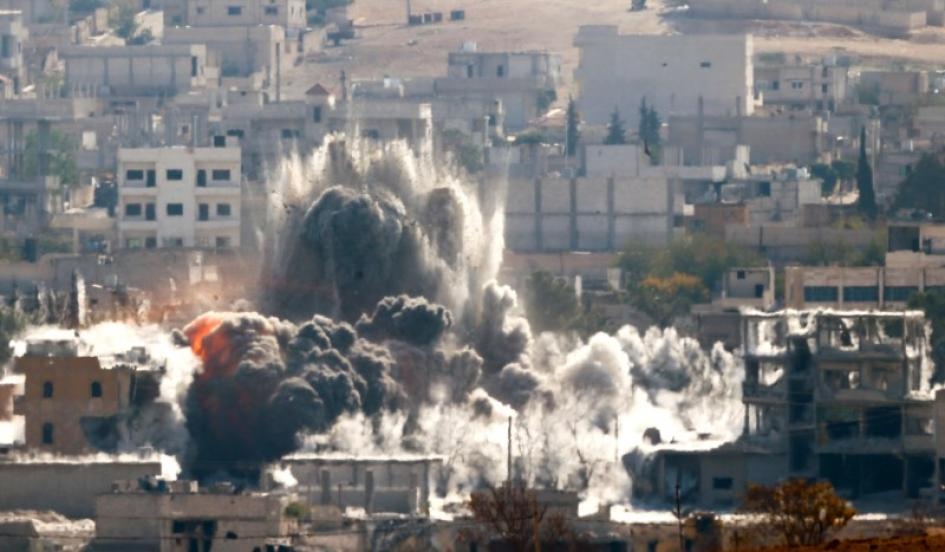 The humanitarian crisis in Syria is getting worse as all parties to the war, including forces aligned with the government and ISIS militants, show “callous disregard” for millions of suffering civilians, the United Nations said on Thursday. The comments from Kyung-wha Kang, U.N. assistant secretary-general and deputy emergency relief coordinator, came during a monthly briefing for the Security Council on compliance with U.N. demands for greater aid access across Syria, now in its fourth year of civil war. “The human suffering in Syria is worsening,” Kang said. “The numbers of people killed and injured in nearly four years of conflict are staggering.” “The collective punishment inflicted upon civilians is appalling,” she added. “And so too is the callous disregard by the parties to the conflict for the people of Syria, for their safety and dignity, and for the country’s future.” The U.N. Syria mediator also briefed the Council following his 40-day-long tour in the region. He proposed an “action plan” of implementing some “incremental freeze zones,” local ceasefires where political process could be started at a local level. He mentioned the city of Aleppo, a place “of iconic value,” as an obvious candidate. “The idea is to take this horrific, horrible trigger that Daish ISIS has been producing in the region and in Syria as a trigger for actually moving forward on what could be some actions on the ground for those who agree that terrorism, which is Daish is to be stopped,” Staffan de Mistura told reporters at the U.N. Nearly 10 million people have been displaced by Syria’s civil war, which started with pro-democracy protests but grew into an armed revolt when security forces cracked down on the demonstrations. More than 3 million refugees have fled the country, and the conflict has killed close to 200,000 people, according to the United Nations. Both the Syrian government and insurgent groups are accused by rights organizations of killing civilians and destroying homes. Kang echoed that accusation. “ISIL and all other parties to the conflict in Syria are killing and injuring people and destroying villages, towns and cities with impunity,” she said. “Armed opposition groups have intensified their attacks and the government’s aerial bombardments, including with barrel bombs, have continued,” Kang added. “Just yesterday, a small IDP settlement in Idlib was reportedly struck by barrel bombs, killing a number of people, including women and children.” Residents at the affected internally displaced persons (IDP) camp said a Syrian army helicopter dropped two barrel bombs, and video footage appeared to show charred and dismembered bodies. Kang said the United Nations was doing its best to deliver aid to those worst affected by the war but was finding it increasingly difficult. She warned the U.N. did not have sufficient funds as countries have donated only 39 percent of the needed $2.3 billion for humanitarian efforts in Syria, and food aid for millions of Syrians will be reduced as a result. “We are still unable to deliver sufficient quantities of aid to people in the hardest to reach areas,” she told the 15-nation council. “The government’s bureaucratic hurdles continue to delay or deny the delivery of aid. … Some 241,000 people remain besieged, mostly by government forces.” She noted that the advance of ISIS, has made a bad situation worse.