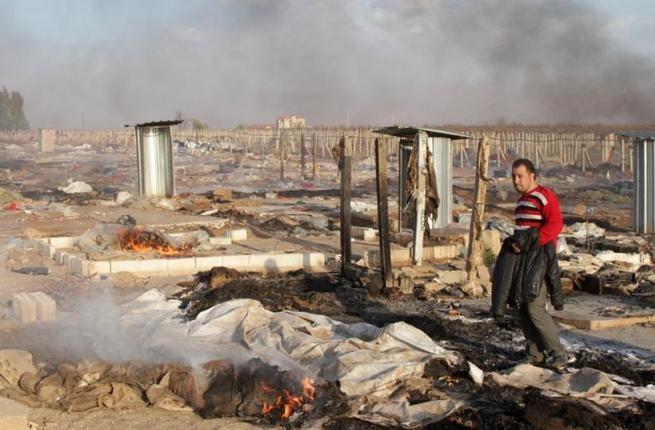 It said that the development took place in Masha in the second of such incidents in two days. No one was injured in the attack, reported al-Jadeed television. A investigation has been launched in the incident. Masha municipal chief Zakaria Zohby condemned the assault, demanding officials to uncover the attackers and bring them to justice. Earlier on Sunday, gunmen from the eastern Bekaa district of Baalbek opened fire at Syrian refugee tents in the area, severely wounding two people, reported al-Jadeed. It said that the gunmen, from the town of Hosh Tal Safieh, were riding in a black Jeep when they opened fire at the refugee encampment. The injured were identified as Aziz al-Mlouh and Dahiyeh al-Qotouf. They were also robbed of their mobile phones, LL 800,00, and 70,000 Syrian pounds. They have since been taken to al-Rayan Hospital for treatment. Tensions with Syrian refugees have been high in recent days in light of the execution of policeman Ali al-Bazzal by Islamists from Syria. Al-Bazzal was one of around 30 Lebanese soldiers and policemen abducted by jihadists in August during fighting in Arsal. On Saturday, the al-Bazzal family called on the state to start executing inmates linked to terrorist groups to ease the tension on the streets after the execution of al-Bazzal by al-Nusra Front.