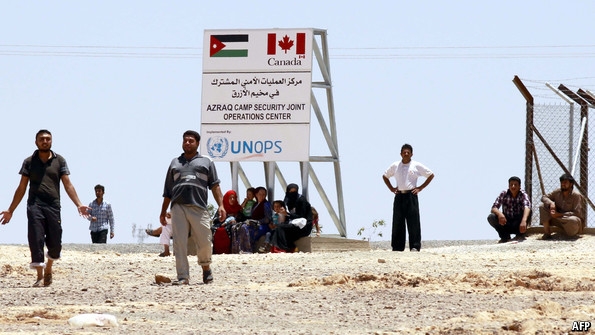 Jordanian policies toward entering and residing Syrians have evolved simultaneously with the three-and-a-half year conflict. Jordanian border security has, from the beginning, played a generous role in facilitating border crossings, ending the long, often dangerous journeys of fleeing Syrians. Various Jordanian officials in my interviews emphasized the extent of humanitarian care that Jordan provides for entering Syrians, in partnership with the UN High Commissioner for Refugees (UNHCR), from the border in. Unlike nearby Lebanon, the Jordanian government has worked with the UNHCR to open the al-Za’tari and al-Azraq refugee camps. Other camps include Cyber City, a holding facility for “illegal” Palestinian refugees from Syria and the UAE-funded camp.