“Studio Syria” a non-profit, was started by the Canadian artist Jean Bradbury, a frequent visitor to Jordan, to raise funds for art and educational supplies for refugees in Zaatari camp and in centers serving Syrian refugees across the kingdom. Her last trip to Zaatari centered on workshops teaching how to create a graphic novel. Bradbury shared drawing techniques and described how to build a narrative – essential tools for telling stories with pictures.

She faced some difficulties, like when guys went silent when considering their journey to Jordan. Also cultural differences, as when she urged them to include women in their stories, and discovered their discomfit at drawing the female form.

Western comic books creeped towards serious storytelling in the mid 19th Century, rising to critical success in the 1980’s with publications such as Frank Miller’s Batman: The Dark Knight Returns (which influenced Batman films that followed) and Art Spiegelman’s Pulitzer Prize-winning Maus (which recounted his father’s experiences as a Polish Jew during World War II).

In 1996, Joe Sacco published his graphic novel Palestine, based on his extended visit to the West Bank and Gaza Strip, a two-volume set that won an American Book Award. Iranian artist Marjane Satrapi published Persepolis, her coming-of-age tale set during the Iranian revolution, which was adapted for film in 2007.

Perhaps one of these giants in the genre will now turn their sights to the Syrians, or one of these amateur artists will continue with his work with continued support from people like Bradbury, and those who support her cause. These potent pictures guarantee a bestseller. 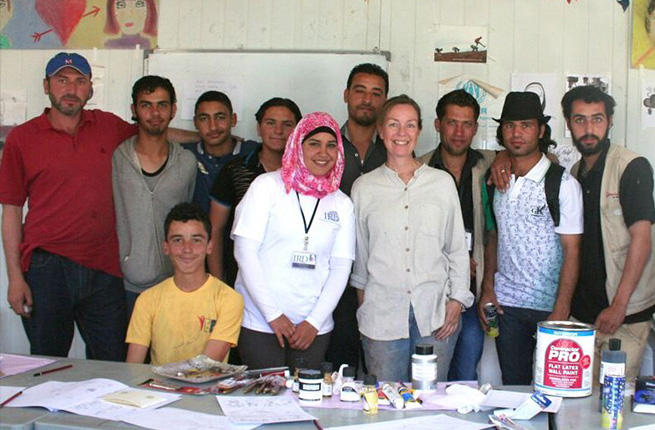 All-men classes were split between art newbies (some had never before drawn a picture!) and this crew of professionals, many of whom were art students or teachers before the Syrian conflict began. Some are members of the Fountain of Youth, a Zaatari camp art collective supported by NGO International Relief and Development. 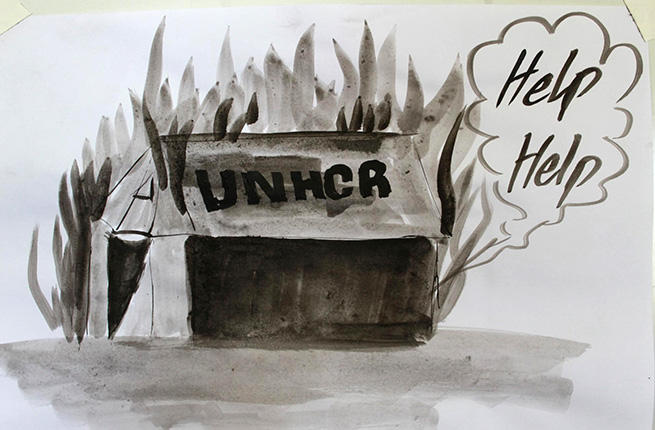 Some artists chose emotionally charged subjects that spoke for themselves. Others stayed with neutral themes of football games and meal preparation. 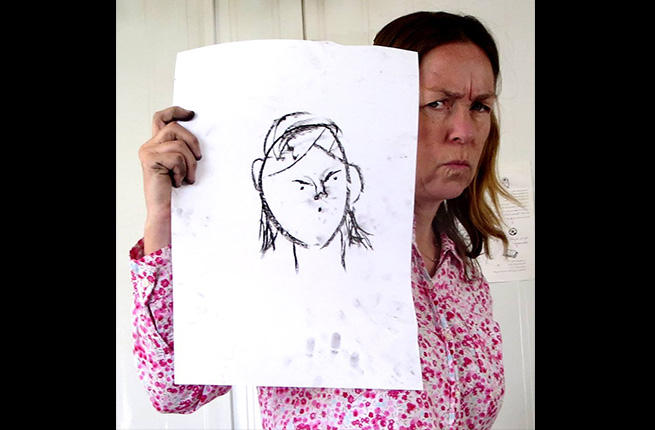 The graphic novel format was new to all, so Bradbury taught facial proportions and different means of conveying emotion. Eyebrows dragged downward quickly convey anger, an important insight into storytelling when images replace words. A funny face by the teacher drove the lesson home. 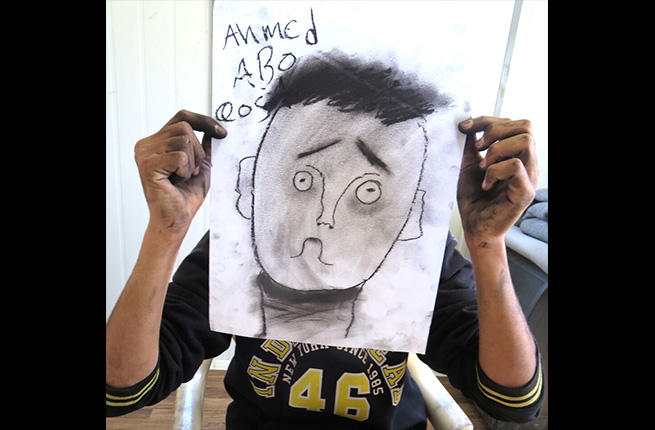 Ahmed nailed the eyebrow lesson, perfectly communicating confusion in his over-sized self portrait. By the end of this session, the black charcoal drawing sticks left the crew looking like coal-miners. 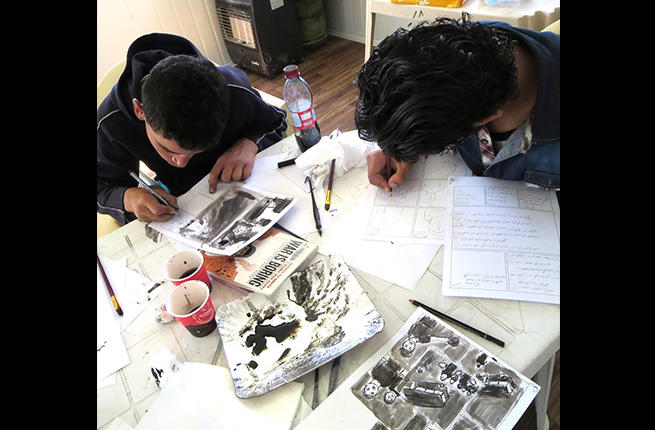 The artists first wrote out a storyboard – in text – dividing their stories into individual scenes. With ink dip pens and brushes, they then converted the language to images. Western stories unfold in panels from left to right, which here reversed to fit with right-leading Arabic print and typesetting. 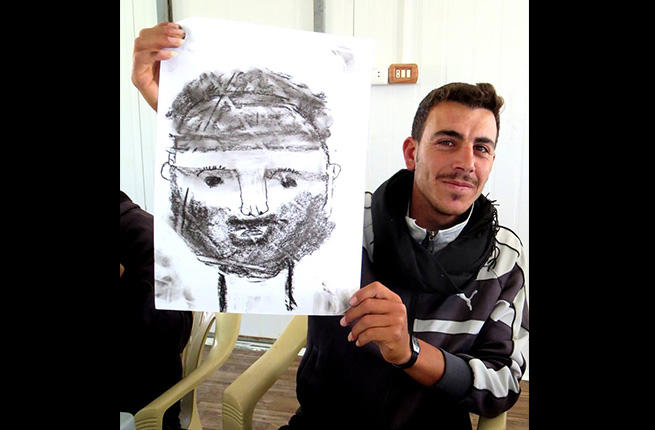 Not bad, for someone’s first-ever portrait. The class – conducted in a small metal caravan – included clever “sketching warm-ups” to loosen up the group. Soon everyone was focused on their work, hardly aware of the stifling heat.