Syrian refugees behind bars in Egypt 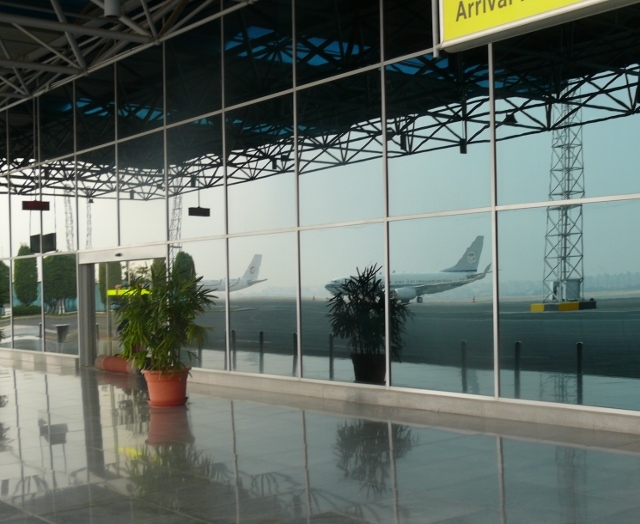 Some refugees from Syria must be wondering if they will ever find safety in this lifetime. Najah Kordi was pregnant when she boarded a boat with her husband and two-year-old daughter in the Egypt coastal town of Alexandria on September 17, hoping to find sanctuary in Europe. But when Egyptian coastguards opened fire on the boat, her husband, 30-year-old Omar Dalool, was killed. Fadwa Taha Ali, a 50-year-old Palestinian woman from Syria, was also shot dead.

Far from being given the time and space to be with her grief and comfort her little girl, Najah was held at a police station with her young daughter for 20 days by the Egyptian authorities. She says that for the first nine, she had to wear the blood-stained clothes she had on as her husband died in her arms. Speaking to Human Rights Watch, Najah painted a dire picture of the conditions in which she and other refugees were detained, saying the room was so crowded they would sleep on top of each other, or standing up.

Najah’s testimony was part of a report released on Monday by Human Rights Watch, condemning the detention and forced return of refugees from Syria by Egypt. Over 1,500 refugees from Syria were held for weeks and even months after trying to flee on smugglers’ boats, the report said. Charges of illegal migration brought against the refugees were dropped, but the Interior Ministry ignored orders to release them and instead told police to keep them in detention until they ‘chose’ to leave the country.

The detainees included at least 400 Palestinian refugees from Syria and 250 children. Some of them were mourning relatives they watched drown after their boat sank off the Egyptian coast on October 11 (among them Sohair Omar Ali who lost three of her daughters, as we described in a previous post). Doctors told Human Rights Watch conditions in the police stations were dirty and overcrowded, with one reporting that three children had contracted scabies because of the poor level of hygiene and lack of natural light.

The vast majority of the refugees were told they would be held until they raised enough money to buy a plane ticket out of Egypt, and given the appalling conditions, it’s not surprising that most have now done so – including dozens who have returned to Syria. Around 300 refugees remained in detention on November 4, 211 of them Palestinian.

Palestinians from Syria in Egypt are particularly at risk of being forced back to the warzone they are trying to escape, both because the Egyptian authorities bar them from obtaining the protection of the UNHCR afforded to Syrian refugees, and because they are mostly unable to settle in third countries like Turkey, Jordan and  Lebanon.

The UNHCR says two separate groups of around 35 Palestinians from Syria have been sent back, with some detained on arrival at the airport. One Palestinian man told Human Rights Watch that after being held for over a month with his three-year-old son, he reluctantly decided to return to Syria when they were threatened with being transferred to a prison in Cairo. “I can’t keep my son here without sun any longer,” he said.

On Wednesday the Egyptian government rejected the findings of the Human Rights Watch report, claiming “No Syrian refugee is made to depart from Egypt unless they have been proven to have entered the country through illegal immigration, an action contrary to Egyptian law.” However, Human Rights Watch rightly points out that Egypt’s treatment of refugees from Syria amount to coerced return, because “decisions made while one faces the prospect of indefinite detention in terrible conditions cannot be characterized as voluntary”.

The denial by the Egyptian government that Syrians faced “difficult conditions” in the country rings slightly hollow given that its detention of refugees from Syria has also been documented by Amnesty International and the UNHCR.

Cairo also said it would end the visa requirement for Syrian refugees that was introduced after President Mohammed Morsi’s government was replaced at the beginning of July. Since then, Syrians and Palestinians in Egypt have faced increasing hostility, including from the media, partly due to the perception that they support Morsi’s Muslim Brotherhood. This rising xenophobia, as well as appalling economic conditions, makes it difficult for families fleeing the violence in Syria to settle in Egypt.

Let’s hope the Egyptian authorities release the remaining refugees from detention and allow Palestinians from Syria to register with the UNHCR, as demanded by Human Rights Watch. But they must also combat the targeting of Syrian and Palestinian refugees, to stop them becoming victims of politics yet again.