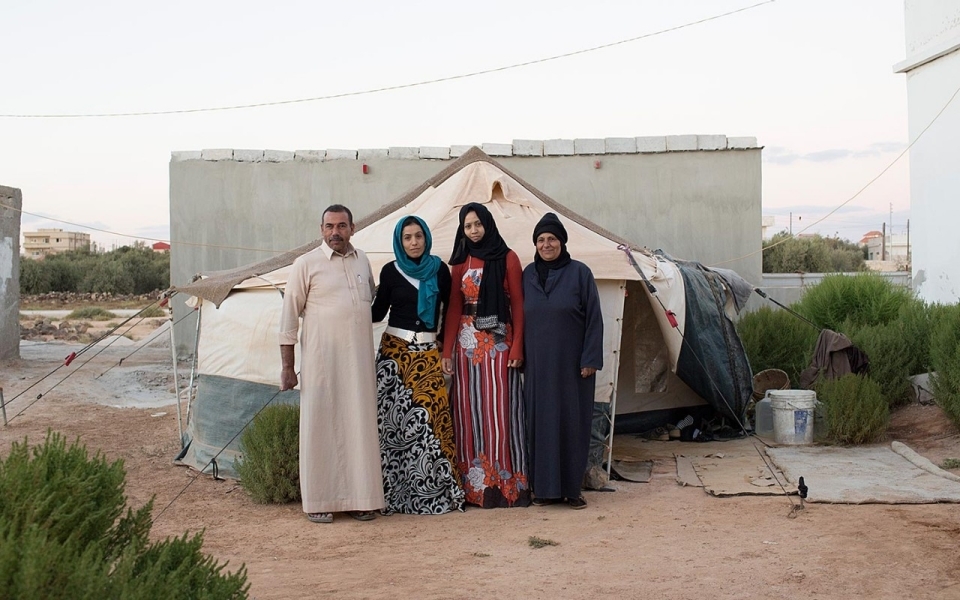 Hundreds of Syrian refugees, including women and children, who had been stranded for months in a buffer zone along the Jordanian border were allowed to enter Jordan on Thursday, according to the United Nations refugee agency and Syrians who were reunited with family members. “The refugees stranded in no man’s land have crossed into Jordan and are being assessed by security authorities,” said Andrew Harper, the top official with the United Nations refugee agency in Jordan. He referred to a stretch of land between the border posts of Jordan and Syria. The number of Syrians entering Jordan has risen sharply in the last few days, according to figures from the International Organization for Migration, the agency responsible for the transfer of refugees from the border area to refugee camps. Before that, the flow had slowed markedly in recent months. It was not clear how many of the newly admitted refugees will be allowed to remain in Jordan. The United Nations refugee agency and Human Rights Watch have indicated that the number of refugees sent back to Syria by Jordan had been rising in recent months. The Jordanian media, which has largely been silent about the stranded refugees, did not mention their admission on Friday. More than 600,000 Syrians have fled to Jordan over the four years of the Syrian civil war so far, straining the ability of Jordan, which has a population of 7.5 million, according to the World Population Review, to deal with them. The Jordanian government spokesman, Mohammad Momani, said on Friday that Jordan has not been excluding women, elderly men or disabled men from entering. He said that all arriving refugees were “medically checked, given food, and their papers are examined to register them and make sure that none of them is affiliated with terrorist groups.” Farouk Shahdat, a Syrian refugee living in the Azraq camp in a remote, dusty expanse of Jordan 60 miles east of Amman, said that 10 members of his family, most of them women and children, were stranded on the border for two and a half months. They finally got across the border and joined him at the camp on Thursday. “We were desperately waiting and waiting for my family, and my elderly mother, too, not knowing what will happen to them,” he said. “But today they are here.”