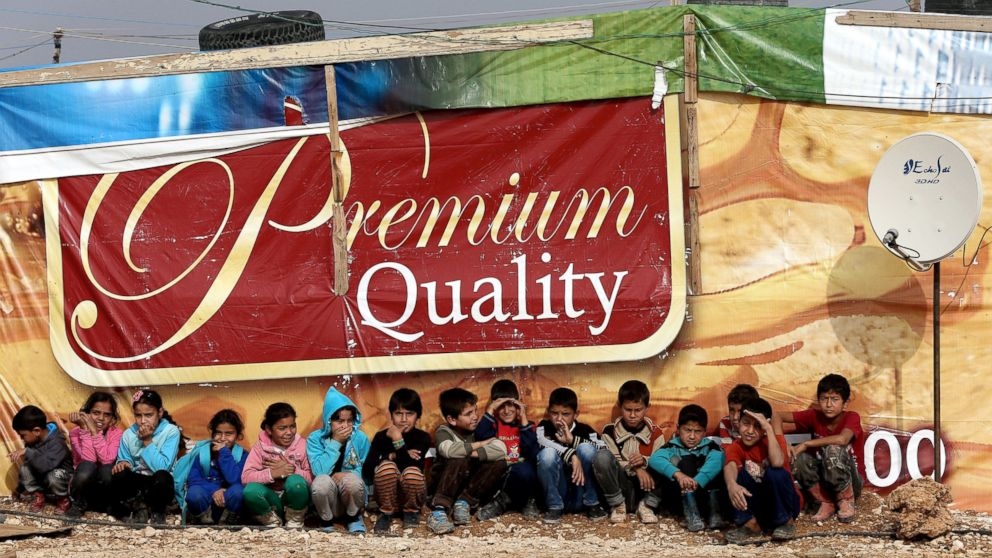 Syrian refugees in Lebanon panicked Tuesday over news that the United Nations suspended food aid to 1.7 million refugees due to lack of funds ? a decision officials said threatens to starve thousands of families and add pressure on the already strained countries hosting them. On Monday, the U.N. World Food Program suspended an electronic food voucher program serving refugees, saying donors failed to meet their commitments. The end of the program, which allows refugees in Jordan, Lebanon, Turkey, Iraq and Egypt to buy food in local shops, means that “many families will go hungry,” the U.N. agency said in a statement. The move is a devastating blow to the conflict’s most vulnerable refugees, particularly ahead of what promises to be a harsh winter. It also represents another manifestation of the world’s failure to deal with the massive human catastrophe begun by Syria’s civil war. “If the U.N. stops helping me, I don’t know what will happen to me,” said a refugee who asked to be identified by her first name Aisha out of fear of retaliation. “I get my food and everything through the U.N.” The suspension is particularly troublesome for Lebanon, which hosts more than 1.1 million Syrian refugees, or a quarter of the country’s entire population. There are no formal camps. Many of the refugees live in encampments, collective shelters and abandoned construction sites. Many eke out a living hand-to-mouth on U.N. cash aid and food vouchers. Refugees who spoke to The Associated Press on Tuesday in tented settlements pitched near al-Faour in eastern Lebanon’s Bekaa Valley had not heard of the decision. Other agencies assist refugees here on a smaller scale, but the WFP vouchers are a mainstay of most registered refugees’ existence. Khaldiyeh Abbas, 42, has been living in Lebanon for more than three years after fleeing Syria with her 55-year-old husband and six children, ages 6 to 20. “We rely on the vouchers to make ends meet,” Abbas said as she peeled and fried potatoes for her family. She said the family buys about half a kilogram (1.1 pounds) of meat to eat once a month, otherwise they subsist mostly on bread and potatoes. Hadi Bahra, the head of Syria’s Western-backed opposition group the Syrian National Coalition, said the suspension of U.N. vouchers “will cause thousands of families to starve to death.” “It is completely unacceptable that refugees who have fled violence and death in Syria are left alone to bear unimaginable suffering and fight for survival in such extremely harsh circumstances,” he said in a statement. Kuwait’s Foreign Ministry Undersecretary Khaled Al-Jarallah, quoted Monday by the official Kuwait News Agency, said there are concerns about hosting a third donor conference for Syria since some countries have yet to fulfill their aid promises from the last two. Kuwait hosted the first and second international conferences to support the Syrian people in 2013 and 2014. Total pledges were around $3.6 billion, according to KUNA. WFP said it needs $64 million to support Syrian refugees in December alone. “We rely on God and the U.N.,” said Aisha, who fled her home in Abu Zuhour in Syria’s northern province of Idlib and now lives with her husband and seven children in al-Faour. She said she received a voucher amounting to $30 a month for each member of her family. “I ask the U.N. not to leave us,” she said. “We need food, diesel and clothes. … Soon it will start to snow. What do we do?”