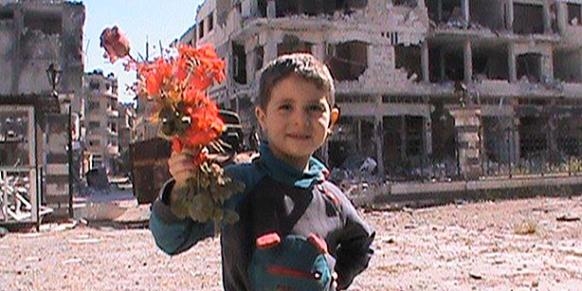 The plight of more than 2 million Syrian refugees in Turkey will be highlighted in three films and a special concert at this year’s !f İstanbul International Independent Film Festival, which is opening Thursday for its 14th year in İstanbul. “Silvered Water, Syria Self-Portrait,” a poignant account of the Syrian civil war that premiered at the 2014 Cannes Film Festival, co-directed by Ossama Mohammed and Wiam Simav Bedirxan, will be shown as part of !f’s Love & Change competition. “Our Terrible Country,” a documentary that follows Syrian intellectual and dissident Yassin Al-Haj Saleh into his ongoing temporary refuge in Turkey; and “Haunted,” a 2014 drama written and directed by Liwaa Yazji that looks at stories of people who have to run away from their homes and memories during the war, are part of the festival’s program, called “Home.” The directors of all three films will be on hand for a talk at SALT Beyoğlu on Feb. 19 on the sidelines of the festival to discuss the power of cinema in the face of war. Noma Omran, a Syrian opera singer and composer who wrote the score for “Silvered Water, Syria Self-Portrait,” will also be in İstanbul for the festival. Omran will take to the stage on Feb. 18 at the Babylon club for a live performance titled “Syria Sounds,” as part of the festival’s !f music sidebar section. Tickets for the concert can be purchased via Biletix. For further information about the festival and the full screening schedule, check out