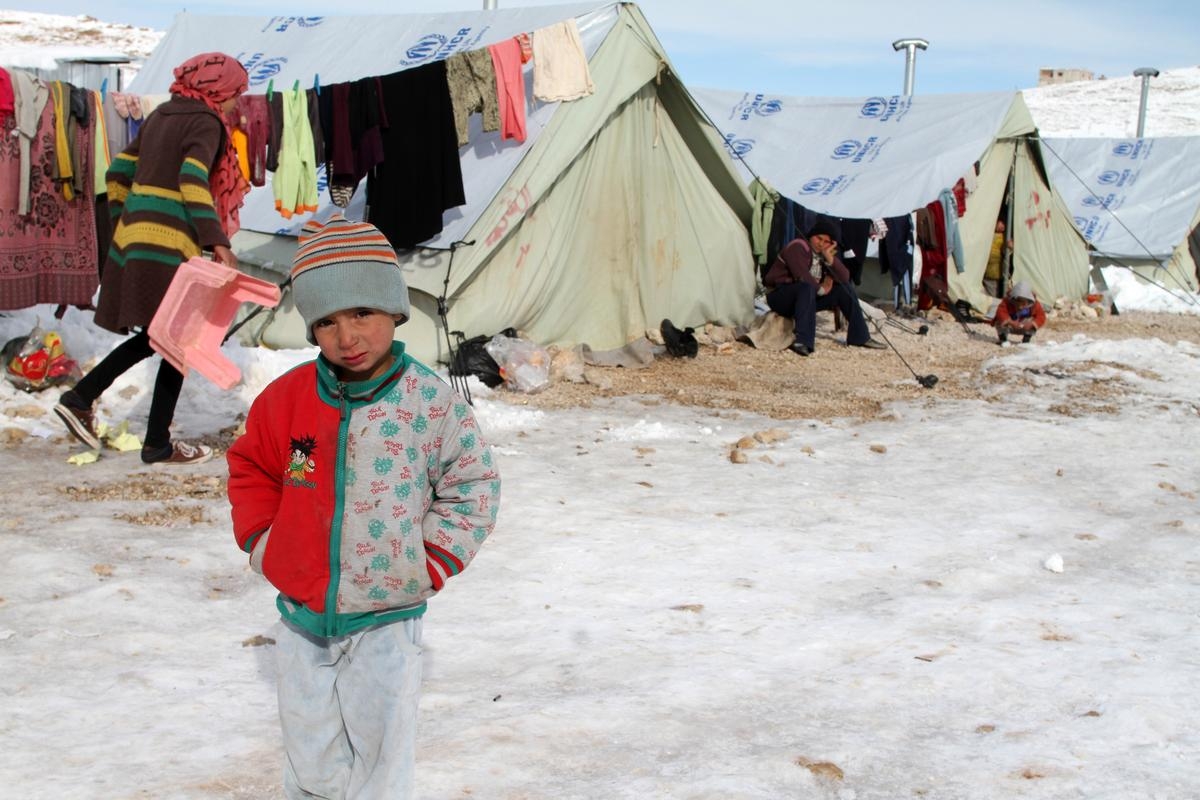 The fierce Storm Yohan has been battering Lebanon for three consecutive days since Wednesday, aggravating the suffering of the Syrian refugees taking shelter there. The polar storm Yohan hit Lebanon on Wednesday night with brutal winds and heavy snowfalls that forced the closure of major roads across the country. The ferocious snowstorm also halted maritime traffic in Lebanon’s capital Beirut as a result of the crashing waves. Syrian refugees in Lebanon were also subject to the severe weather-related hardships in addition to other difficulties. According to the United Nations Higher Commission for Refugees, Lebanon hosts more than 1.2 million displaced Syrians who were scattered across 1,700 camps, among which 1,435 were randomly erected. Abdallah al-Ali, who displaced from the Syrian city of Idlib, told Xinhua that “the storm hit the camp in which tents were unable to sustain the heavy winds and snowfall, and we were left suddenly in the open.” For his part, Kamel al-Ghadban from the Damascus neighborhoods, said that his tent in the plains of the southern village of al-Khiam “was shaking under the wind all night long.” He told Xinhua his anger for not being able to protect his children from the cold and wind, pointing out that “what is left for us is to pray to almighty God… so the storm would be over as soon as possible and we would not have to sustain it.” Samira al-Fatimi, another Syrian refugee, told Xinhua that “we fear that the snowfall on our tents would inevitably break under its weight.” According to the Lebanese weather forecasters, the weather on Wednesday and Thursday was marked by heavy rains, thunderstorm and winds up to 100 kilometers per hour. Forecasters said the storm is expected to wane over the next few days, but the bad weather will continue till Sunday. In January, another major storm “Zina” struck Lebanon, hitting Syrian refugees living in makeshift camps as many of them were trapped in tents by snow.