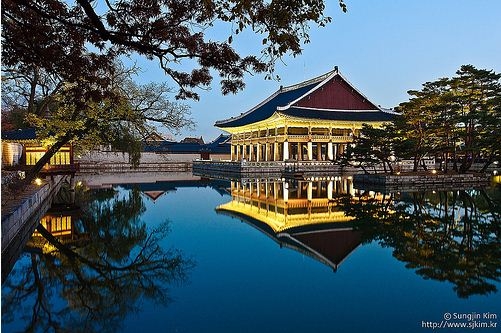 Eleven Danwon High School students, who survived the Sewol ferry disaster last April, along with Syrian teenage refugees, are presenting their photographic works in an exhibition that will open on Friday. The exhibition “Seoul Meets Za’atari” is a joint project between the Danwon High School students and 15 Syrian teenagers from a refugee camp in Zaatari, Jordan. The refugee camp is where Save the Children, an international humanitarian organization, is running the “Healing and Education through the Arts” project for children traumatized by the civil war. “We wanted the children in each country to share their hearts and heal themselves through the project,” the organization’s Communication Director Kim Seung-jin said. “I hope these children will get to know each other better and tell others their stories with confidence.” Eighty-four of the children’s works under the theme of “Things that Are Most Important to Me” will be on display. The idea for the photography collaboration came from French documentary photographer Agnes Montanari, with whom Save the Children has been working since December 2013. Last year, after learning that the teenagers at the Zaatari camp were interested in Korea, Montanari reached out to the Save the Children Seoul office and proposed a joint project. The organization chose the Danwon High School students. Montanari was not available for comment. The Sewol ferry capsized and sank in the waters off the southwestern coast on April 16 last year. Out of 476 passengers onboard, 339 were from Danwon High School, among whom 304 died. The students and teachers were on their way to Jeju Island for a school trip. Nine of the passengers are still missing, six of whom are from the school. Meanwhile, a civil war in Syria that began in March 2011 has killed almost 200,000 and prompted 3.3 million to flee the country. Many of those who fled are living in tents at refugee camps near the borders in Jordan, Lebanon and Turkey. The Zaatari camp houses almost 80,000 refugees. The children who participated in the exhibition began learning photography in August last year. Montanari led the workshops in Jordan and flew to Ansan last week to teach a lesson. Hankyoreh photojournalist Kwak Yoon-sup also led workshops in Ansan. Save the Children is an international humanitarian organization dedicated to helping children around the world. It has projects in more than 120 countries. The exhibition takes place at 57th Gallery in Jongno, Seoul through Feb. 28. The exhibition is free. For more information about the exhibition, call the gallery at (02)733-2657.