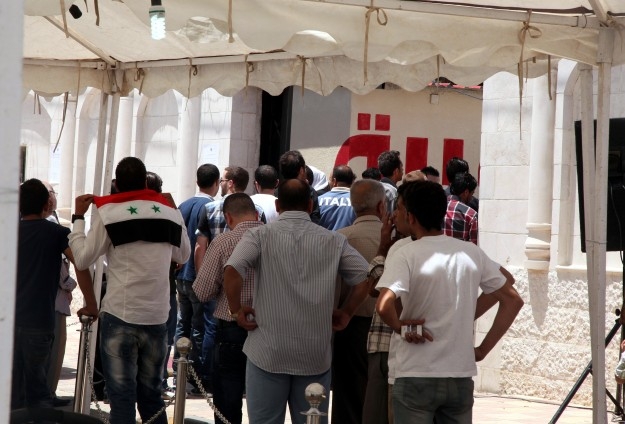 The number Syrian refugees residing in the northern Jordanian province of Mafraq has exceeded 88 percent of the province’s local population, the province’s governor Qasim Muheidat said on Sunday. “The number of Syrians currently residing in Mafraq has reached 288,105, which is 88 percent higher the province’s total population,” Muheidat told The Anadolu Agency. The governor said that the presence of Syrian refugees in the province has affected almost every sector, such as health, education, environment and real estate. Out of Jordan’s population of 8 million, 1.39 million are Syrians, of whom half are registered under the UN refugee agency. The other half has entered the Hashemite kingdom before the Syrian revolution in 2011 either through marriage or business. The Syrian-Jordanian border is 375km long with dozens of porous areas that are used by Syrians to cross into Jordan. Syria has been gripped by constant fighting since the regime launched a violent crackdown on pro-democracy protests in March 2011, triggering a conflict that has spiraled into a civil war.