Tell the UN to drive aid into Syria 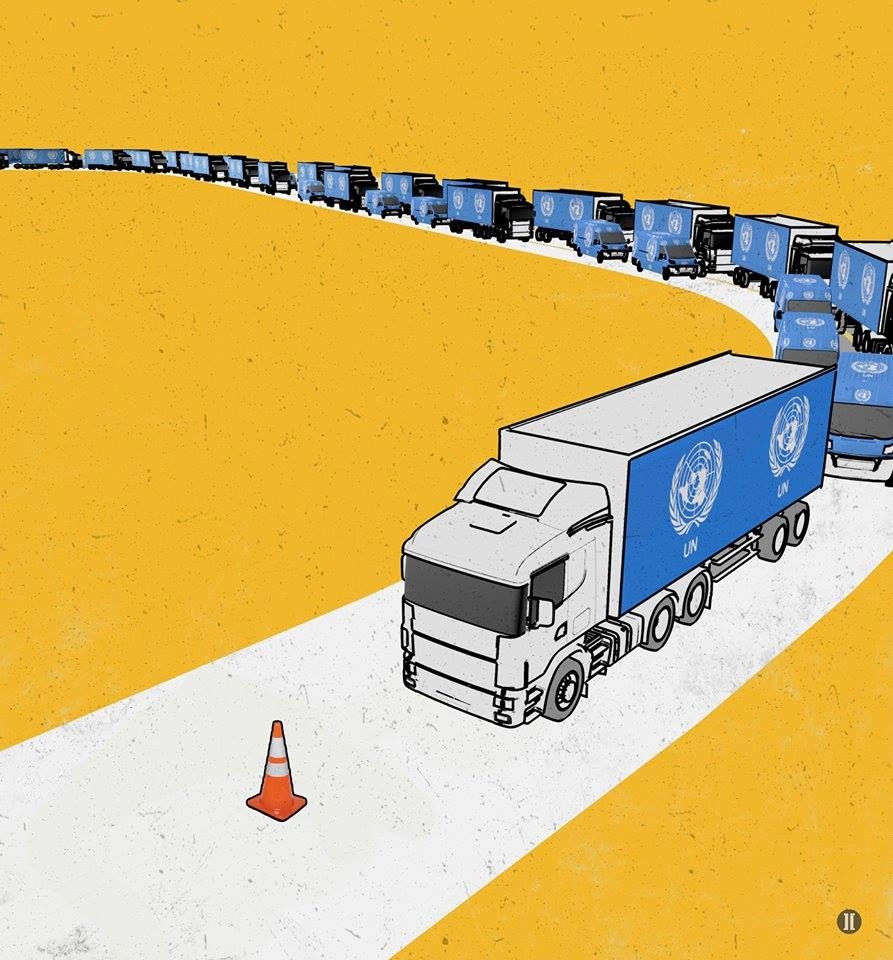 You might know that an unbelievable 3.5 million people in Syria are in desperate need of humanitarian aid. What you may not know is that there are trucks full of of aid sitting just across the border – signed, sealed, but decidedly not delivered.

The reason for this bizarre situation is that these boxes of food and medicine belong to UN agencies, which are waiting for permission from the Syrian government to drive the aid across the border – permission which will probably never come.

In normal circumstances, UN agencies like the World Food Programme are not allowed to cross borders without government authorisation because of UN rules on breaching sovereignty.

But a new campaign, #UNdelivered, is arguing that the Syrian government’s continual refusal to allow aid in amounts to ‘arbitrary denial’, which would mean that the UN can legally drive its trucks into Syrian territory without permission. The call has been backed by 35 legal experts, including Richard Goldstone, former chief prosecutor for The Hague war crimes tribunal for former Yugoslavia and  Sir Nicolas Bratza, former president of the European court of human rights.

Note this is not about safety – the campaign maintains that each individual mission should be assessed for security risks. It is about the principle of whether the UN should agree to go ahead and drive aid to families who need it, or continue to wait for consent that is denied without valid reason.

There is hope. At the end of March, UN humanitarian chief Valerie Amos said the regime’s delays in allowing access to aid were unlawful, “arbitrary and unjustified”. The Syria Campaign hopes pressure from people across the world who care about Syria will help tip the balance and persuade the UN to get the aid delivered.

Or to find out more, check out this great Storify summary: https://storify.com/syriacampaign/the-truth-about-un-food-aid-into-syria/ and read these answers to 10 fundamental questions about the campaign: https://thesyriacampaign.org/en/10-things-you-should-know–11