The Aid is Drying up for Syrian Refugees in Lebanon 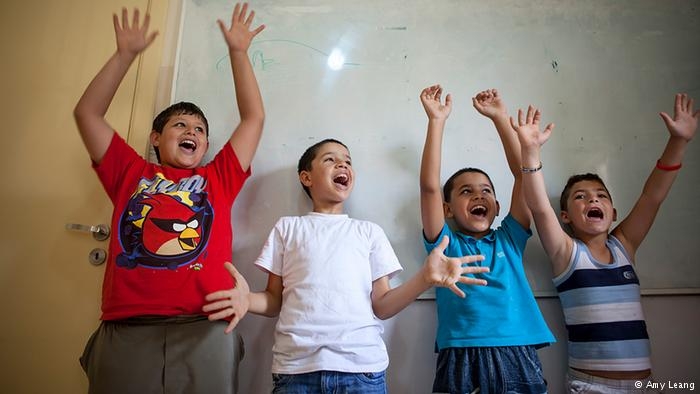 The aid sources for Syrian refugees in Lebanon are threatening to dry up because of the multiplying crises around the world. Aid organization World Vision spoke to DW about the potential consequences. It is very difficult, especially with the upcoming winter. It can get very cold in Lebanon, especially in the Beqaa Valley near the Syrian border. The temperatures there can drop to zero degrees, sometimes even lower, and it snows. Most people there live in improvised housing. There is a risk of flooding. They have no suitable shelter for the winter. What work is the aid organization doing? Christine Latif: Over the last few years, the number of Syrian refugees has swelled to a quarter of the population of Lebanon. Altogether, Lebanon has about four million inhabitants, and 1.2 million refugees are registered there with the UN organization for humanitarian coordination. World Vision’s work for the refugees is focussed on their basic needs. We make drinking water available and water for households, so people can wash their hands, shower, or do their laundry. We provide learning opportunities for children. We believe that around 300,000 children in Lebanon currently aren’t going to school. On top of that, we provide financial support in the form of an ATM card with a certain amount of money. People can use this for food or hygiene products to help their family. This is how we support refugees in the whole of Lebanon. They can decide for themselves what they use the aid for. The majority of it will be used for rent. Even people with the simplest shelters – concrete slabs with a wooden frame – have to pay rent. Life in Lebanon is expensive, the cost of living is barely cheaper than in Germany. How is the large number of refugees affecting Lebanon? Latif: It is gradually getting more and more difficult. Lebanon is still recovering from decades of conflict. That means the existing systems for water or electricity were already fragile, and investment for improvement swould have been necessary. Now that an additional million people are using these resources, they are overburdened. The school and health systems are trying to cope with the larger numbers of people. This is all causing people concern. But the biggest concern is the growing poverty in Lebanon. A lot of people consider the country prosperous and think people enjoy a luxurious lifestyle. It could hardly be more different. Some reports show that around 25 percent of the Lebanese live below the poverty line. We are dealing with a country where half the population needs help. People are increasingly concerned about how they and their families are going to survive. How is aid in Lebanon financed? Latif: At the moment World Vision has a budget of $30 million (23.7 million euros) for refugee work and a much smaller budget for work with the host Lebanese society. Ninety percent of the money comes from institutions, like the German government, the UN organizations, and the UN World Food Program. To a great degree, we depend on this money for the work we do. Unfortunately the sources of money that we depend on are drying up with the growing list of other crises. That includes Ebola and the floods in Bosnia. A lot of our programs will be financed until the end of the year, and then they will stop. We supported 300,000 people last year, 200,000 of them were refugees. Without more financing we can’t offer this help in the future. How are the Lebanese people reacting to the large number of refugees? Latif: Lebanon is home to most of the refugees in the region. Around three million people have left Syria since the beginning of the crisis. One in three of them are in Lebanon. Other countries, with millions of inhabitants, are worried about taking in 300 or 400 or 3,000 or 4,000 people. The Lebanese deserve to be honored for their generosity. Is the conflict in Syria threatening to spill over into Lebanon? Latif: There are minor conflicts in the border areas. That has escalated further. People are worried about that. They hope that the Lebanese government can control the situation.