The Hungarian newspaper ad about refugees appearing in Jordan and Lebanon

Hungary is making headlines again this week for its questionable handling of the European refugee crisis, with a full-page advertisement from the country’s government displayed in Lebanese and Jordanian newspapers.

The ad touts Hungary’s “hospitable” people, but stresses “the strongest possible action will be taken against those who attempt to enter Hungary illegally.”

Jordan and Lebanon have each housed over one million Syrian refugees since the beginning of the conflict in 2011. The Middle East neighbors are among the largest refugee asylum countries in the world. As their political leaders have mentioned, they’ve paid dearly for this, with donor funding dwindling and resources becoming scarcer as the conflict grinds on.

Meanwhile, Hungary has attracted international attention for its mishandling of the new chaos unfolding at their own gates. Between Hungarian camerawoman Petra Laszlo kicking and tripping fleeing people, to the razor wire fences popping up on the country’s borders, things have been anything but easy for asylum seekers there.

By now most can agree that the surge of refugees crossing into Europe is only the beginning of a long-strewing affect of the Syrian conflict. And this antic from the Hungarian government reminds us there will likely be a lot more mayhem before anything gets better. 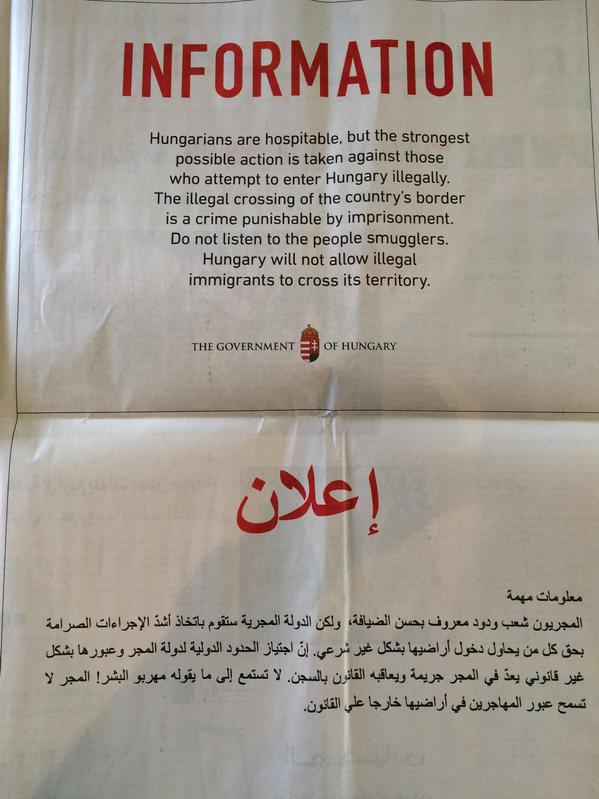