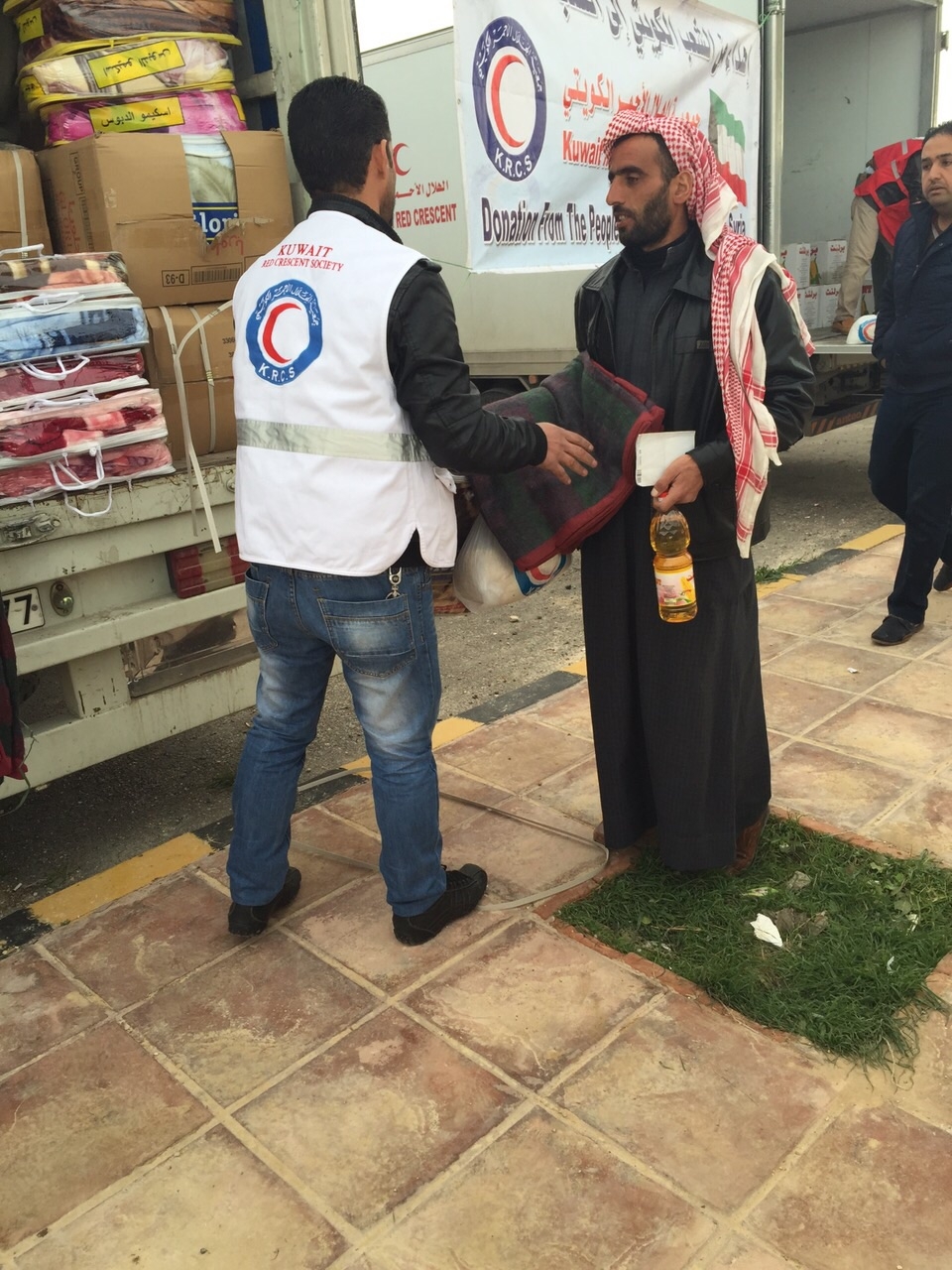 The Kuwait Red Crescent Society (KRCS) announced Tuesday that it handed out humanitarian aid, including food and blankets, to 400 Syrian refugees in Umm Al-Rasas village, south of the Jordanian capital, in cooperation with Jordan’s Red Crescent Society. Due to current bad weather conditions in the region as most Syrian refugees in the Kingdom reside in tents at Umm Al-Rasas village, KRCS rushed to provide them with food and blankets to alleviate their suffering, Khaled Al-Zaid, head of KRCS team in Jordan, stated to KUNA. KRCS is ongoing in distributing aid to Syrian refugees in various Jordanian governorates, pointing out that food aid is to be handed out tomorrow in Al-Turrah village, northern the Kingdom, said Al-Zaid. He also expressed gratitude to Kuwait Embassy in Jordan, Jordanian Red Crescent Society, and mayor of Umm Al-Rasas for facilitating the Kuwaiti team’s mission