The Number of New Syrian Refugees Dropped by 44% 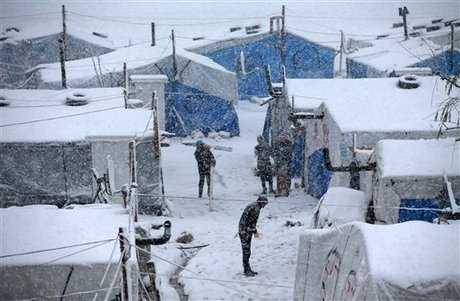 The U.N. officials had saidundefined that the flow of Syrian refugees into Lebanon has dropped sharply due to restrictions recently imposed by Lebanese authorities. Although Lebanese border officials began informally restricting the entry of Syrians last October, the country officially imposed visa regulations earlier this month on their neighbors. The move was the first such in decades. Ninette Kelley, the U.N. refugee agency’s representative in Lebanon, told reporters that the number of new Syrian refugees in Lebanon dropped by 44 percent in 2014, compared to the previous year. Syria’s nearly four-year civil war has forced more than 3 million people to flee the country. The UNHCR says there are about 1,150,000 Syrian refugees registered in Lebanon now. Beirut estimates there are another 500,000 unregistered Syrians in the country. Source