The pitiful response of developed countries to the Syrian refugee crisis 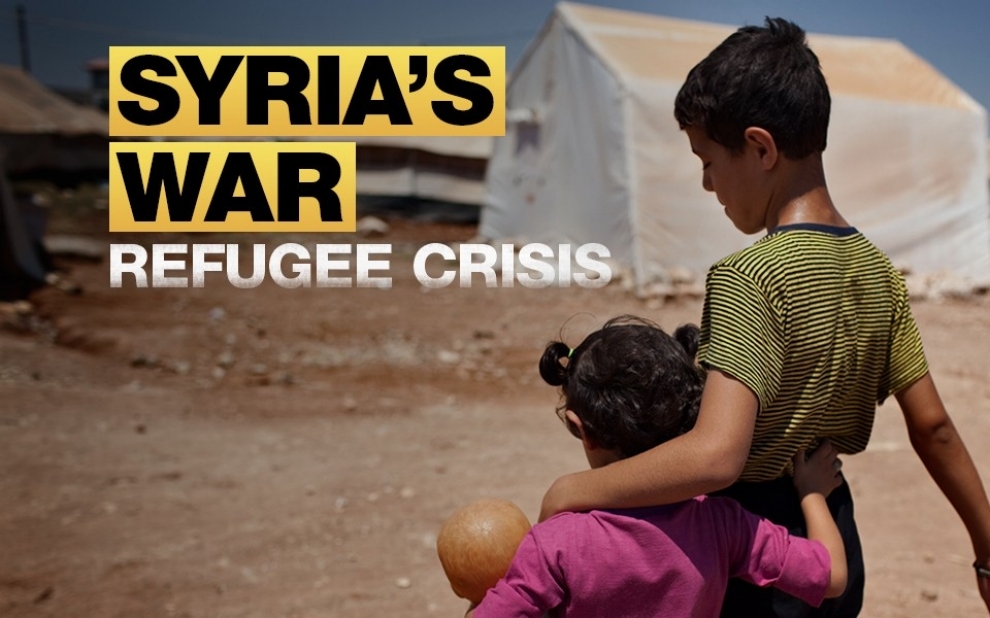 n January, Syria crossed another milestone: the country overtook Afghanistan to become the biggest source of refugees in the world. After four years of civil war, more than 200,000 people have been killed, and ten million have been displaced. More than three million have exited Syria’s borders, staying mostly in Jordan, Lebanon and Turkey, as well as Iraq and Egypt. Aid agencies have described the situation in Syria as “the worst humanitarian crisis of our times”. Just five per cent of the Syrians who have fled the country have left the Middle East, most of them making perilous journeys to Europe via the Mediterranean Sea. Yet developed nations have so far pledged sanctuary to just 104,000 Syrian refugees. Most of those places were in Germany, which offered to take in 10,000 Syrian refugees, and Sweden, where the government has decided that recognised refugees from Syria could legally bring their immediate family members to Sweden. This family reunification programme allowed 5,820 Syrians to come to Sweden last year to join relatives. The German and Swedish resettlement programmes constitute some of the only legal paths for Syria refugees to legally enter the European Union. Despite a pledge from David Cameron one year ago that the government would respond with “urgency” to the crisis, only 143 Syrian refugees have been offered sanctuary in the UK. International bodies have criticised this weak response from EU countries. Last year, Amnesty International described the world’s response as “pitiful”. In February this year, Francois Crepeau, the UN special rapporteur on the human rights of migrants, called on the EU for a proper resettlement programme. He warned that the EU couldn’t expect these refugees to live in Lebanon and Turkey indefinitely. “If nothing else is available to them, they will take their chances with smugglers in order to provide a future for themselves and their children, as many of us would do in similar circumstances,” he said. He called on governments in Europe and other developed nations to find homes for one million refugees over five years through an organised and fair quota system. Amnesty has called on rich and developed countries to resettle 5 per cent of the Syrian refugees by the end of the year. The UN high commissioner for refugees has called for a more modest target of 130,000 resettlement spots for Syrian refugees between 2013-2016, but the response to this from EU countries has also been lukewarm. In the face of rising anti-immigrant sentiment and austerity across Europe, governments have been reluctant to resettle significant numbers of Syrians. Britain’s response has been to pledge money to the humanitarian effort assisting refugees and the communities hosting them in Jordan, Lebanon, Turkey and Iraq. Recently a further £100m was pledged by the UK government, bringing the total amount committed by the UK for £800m, Britain’s largest ever response to a humanitarian emergency. The money will help provide food, medical care, and relief items to the Syrians who have fled to neighbouring countries. The EU has also been a major donor to the humanitarian relief effort. That money is no doubt desperately needed, but it does not change the fact that these host countries are physically overcrowded and straining under the weight of the Syrian refugee crisis. This is causing social unrest and competition over resources, and such drastically changing populations in already restive nations has profound implications for the stability of the entire region. With Lebanon starting to close its borders to Syrians and conditions in many of these countries dire, it also will not prevent desperate migrants from risking the dangerous sea journey to Europe. Around 3000 people died on this route in 2014. Resettlement programmes involve giving temporary refugee status to people until it is safe for them to return home. With the number of Syria refugees seeking sanctuary outside their country’s borders predicted to go over five million this year, there is a increasing urgency to the situation. Most Syrians would prefer to stay in the Middle East, where they share a language and a culture, but if there is no longer physically the space in neighbouring countries, Europe must take action to ease this burden on the region. An open letter to David Cameron signed by public figures including Emma Thompson and Ken Loach, published in the Independent on Sunday, summarised the issue: “In a climate where children are sent to work in order to help their parents survive, where young girls are sold off as child brides and where torture victims are unable to rebuild their lives, every resettlement place countries like Britain provide is a lifeline.”