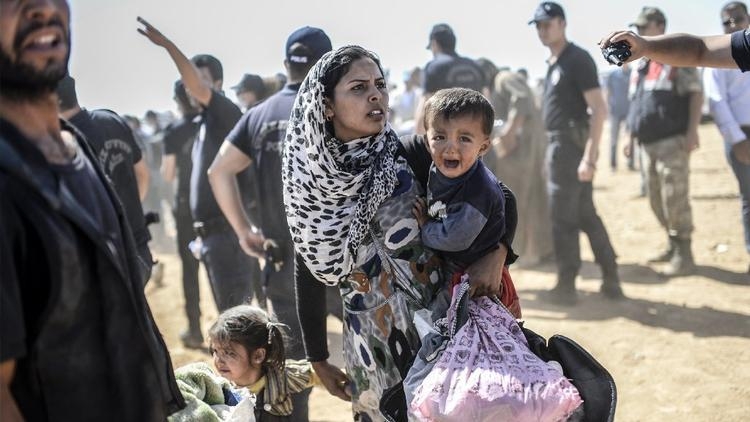 The Turkish government recently began issuing identification cards to refugees from the more than 3-year-old civil war in neighboring Syria. It was a bureaucratic act that will make it easier for the displaced to receive some services, but that adds a worrisome sense of permanence to what should be a temporary status. The government also is contemplating letting some of the Syrians work legally in Turkey. Congress must exercise its war powers U.S. strategy on Islamic State and Turkey needs to start with the endgame Turkey’s response is one of the few bright spots amid the world’s current upheavals. Refugee experts say there are now more people displaced by violence than at any time since World War II — a staggering 51.2 million people, more than half of whom are fleeing conflicts in Syria, Afghanistan and Somalia. About 33 million of the total number of displaced remain within their own countries, which hides their predicament from the rest of the world. But the problem is huge, global and without clear resolutionAccording to the Migration Policy Institute, the Syrian and Iraqi conflicts have displaced 13 million people — roughly equivalent to the combined populations of Los Angeles and Orange counties. Turkey has taken in more than 1.6 million refugees; Lebanon, 1.1 million; and Jordan, 600,000. Refugees also have sought sanctuary in Europe and northern Africa, but the crush is heaviest on the bordering nations. Other conflicts have uprooted 11.4 million people in the Central African Republic, Sudan, South Sudan, Somalia and eight other African nations. Ethnic conflicts and political instability in Myanmar have displaced 900,000 people there, including the oppressed Rohingya, a Muslim minority in a Buddhist society. And the list goes on. Such extraordinary displacements require extraordinary amounts of international aid. The U.N. high commissioner for refugees sought $1.3 billion from member nations in 2014 for the Syrian regional crisis, but received only 60% (the U.S. kicked in $303 million, the highest). Only a last-minute flurry of donations in December saved efforts by the U.N.’s World Food Program to feed 1.7 million Syrian refugees. Violence, unfortunately, is an unending aspect of the human experience. That shouldn’t blind us to the consequences of those conflicts, whether they involve warring factions in East Africa or U.S. forces invading Iraq. The great wish so often expressed at the beginning of each new year is for leaders to resolve disputes more peacefully. But given the inevitable dashing of that hope, we urge those same leaders to commit to helping those whose lives are upended by actions far beyond their control.