Turkey and US May Soon form a Deal regarding Syria 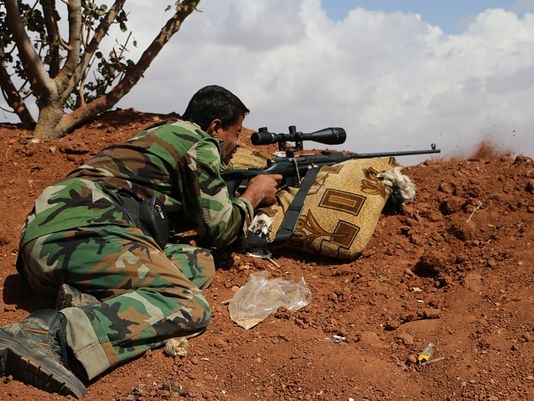 NATO allies Turkey and the US are close to reaching a deal to equip and train the mildly-Islamist Free Syrian Army (FSA), a senior Turkish diplomat said Tuesday. “Negotiations have been concluded and an agreement text will be signed with the US regarding the training of the Free Syrian Army in the coming period,” Turkish Foreign Ministry Spokesman Tanju Bilgic told reporters. A military official said that in the first phase of the plan about 2,000 FSA fighters will be trained by a Turkish-US team at a military base in Turkey. The training could start in March, he said, and that the number can go up to 15,000 fighters and beyond, depending on how FSA’s war against Syrian president, Bashar al-Assad develops in the years ahead. “This won’t be a short war,” the military official said. “But a solid training and equipping program is a prerequisite for a good start.” Despite the deal, Turkey and US have different opinions on the no-fly zone and safe zone, which Turkey thinks is essential for the downfall of Assad. US priority is to fight the Islamic State of Syria and Iraq, which has captured large swathes of land in both countries since last summer. Last November, Turkey and the US agreed in principle on the necessity of supporting moderate Syrian rebels to fight against Islamic State and Syrian regime forces in the country. Ankara has long sought a no-fly zone or secure area along the Syrian-Turkish border, but Washington has been expressing reluctance for such plans, insisting that a buffer zone is not deemed the best way to relieve the humanitarian crisis in northern Syria. Turkey insists that a protected zone along the Syrian-Turkish border would help safeguard opposition fighters being trained in Syria, as well as stop a feared flow of refugees to Turkey in the case of a major defeat of opposition forces in the northern Syrian province of Aleppo. Turkey argues that a safe zone and “a ground operation of moderate Syrian rebels, supported by airstrikes and a buffer along the border” are the key to successfully stemming the potential flow of Syrian refugees to Turkey.