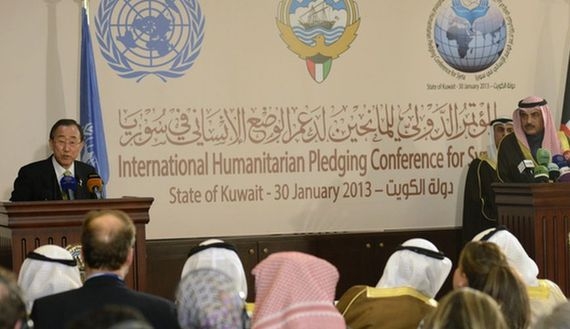 Turkey’s Deputy Prime Minister Bulent Arinc denied on Saturday that he demanded Kuwait to support his country in accommodating the large numbers of Syrian refugees during his recent visit to Kuwait. During his meeting today with visiting Kuwaiti journalists, Arinc lauded the contributions of His Highness the Amir of Kuwait Sheikh Sabah Al-Ahmad Al-Jaber Al-Sabah and the Kuwaiti people and government to the humanitarian action. Turkey, a rich and powerful country, has provided aid to many countries, reaching USD 3.5 billion annually, Anadolu Agency (AA) quoted him as saying. “Turkey alone has spent more than USD 5 billion on more than 1.5 million Syrian refugees and aid actually received from the UN agencies and foreign doners represent only a tenth of the stated aid pledges,” the senior official added. Regarding his country’s relations with Egypt, Arinc expressed desire to improve them, saying that Egypt must take measures in this direction. He dismissed the calls by his country for Kuwait to intervene to settle the dispute with Egypt. On another front, Arinc stressed the importance of joint efforts to combat the terrorist groups such as ISIL, noting that the Turkish security services arrested dozens of foreign fighters who tried to cross Turkey into neighboring countries to join ISIL ranks.