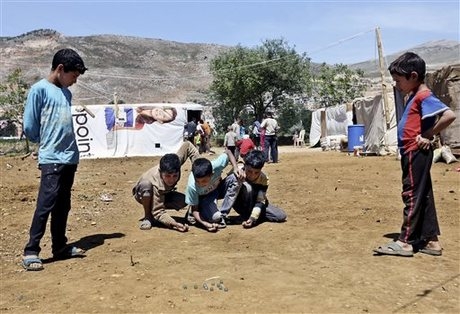 The camp, located in the Turkish border town of Suruc, will initially house a relatively small number of refugees, but will eventually be able to accommodate up to 35,000 people, an official told AFP on Monday. The sprawling facility has two fully functioning hospitals, seven clinics as well as enough bathrooms and other sanitation facilities to service the refugees. It has also been equipped with enough classrooms for up to 10,000 students, from preschool to high school, along with sports and recreational facilities. In the “eco-friendly” camp, the refugees will even be able grow their own vegetables and fruit. Turkey has taken in 1.7 million Syrian refugees since the Syrian conflict began in 2011, but only 265,000 of these are living in 24 refugee camps, according to its emergency agency AFAD. The presence of those living outside camps — which are now operating at full capacity — has become an increasing source of tension with local residents. Islamic State (IS) jihadists began advancing on Kobane more than four months ago, battling Kurdish forces for control of the town. The fighting has prompted a mass exodus of local residents, with some 200,000 fleeing across the border into Turkey. Syrian Observatory for Human Rights said Monday Kurdish fighters have expelled jihadists from Kobane — a key symbolic blow against IS.