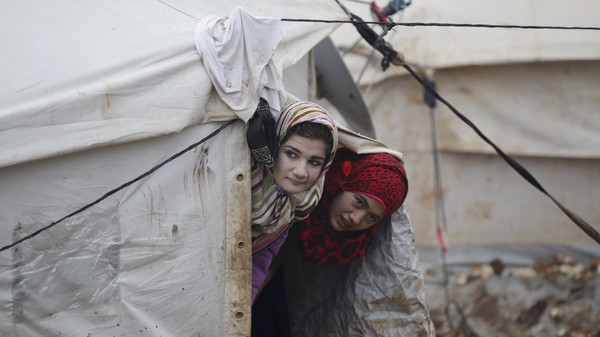 Turkey opened its biggest refugee camp on Sunday to house 35,000 people fleeing fighting between Kurdish forces and Islamist militants in Syria’s Kobane, national disaster management agency AFAD said. Located in the southeastern border town of Suruc, the tent city has two hospitals, seven medical clinics and enough classrooms for 10,000 children, AFAD spokesman Dogan Eskinat told Reuters. He said months of fighting in Kobane had caused an influx of some 200,000 refugees into Turkey and that AFAD would see how the situation develops before deciding whether any more facilities should be constructed. Turkey has some 24 camps housing 265,000 Syrian refugees with another set to open in Mardin next month, Eskinat said. More than 200,000 people have been killed and millions displaced in the Syrian civil war since March 2011. The majority of Turkey’s 1.7 million refugees live outside camps, sometimes on the streets and in shanty towns, causing tensions with the local population. Authorities have begun to transfer those living on city streets to camps. Islamic State militants attacked Kobane more than four months ago. Iraqi Kurdish forces were dispatched to help Syrian Kurds fight the advance and a U.S.-led coalition has bombed Islamic State fighters and equipment to push the group east out of the city and surrounding villages.