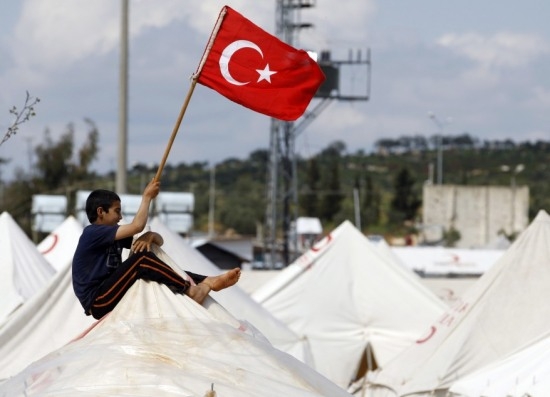 The Turkish government is offering a range of educational services to more than 150,000 Syrian refugee children, the Turkish Minister of National Education said on Monday. “I urge the whole world to be sensitive to the needs of Syrian refugee children for education,” Minister Nabi Avci said in a speech at the UNESCO 2014 World Conference on Education. Avci pointed out that the Turkish Government has played a critical role in providing for Syrian refugee children education. The Minister also said that the world remains silent, and Syria’s refugee children continue to pay the price. At least 1,5 million Syrian refugees currently live in Turkey, and the Turkish government has already spent more than $4.5 billion to help them, the Minister said. “Many more children reside in host communities than in refugee camps in Turkey. Currently 70,000 children receive education in the camps, while 71,500 others go to school outside the camps.” “However, only about 150,000 of these children are able to receive an education, with the remaining 200,000 unable to enroll in school”, he said. Syria has been gripped by almost constant fighting since the regime launched a violent crackdown in response to anti-government protests in March 2011, triggering a conflict which has spiraled into a civil war. At least 100,000 deaths have been counted in the conflict since July 2013. The UN has stopped updating the death toll for the country due to difficulties in verifying casualties.