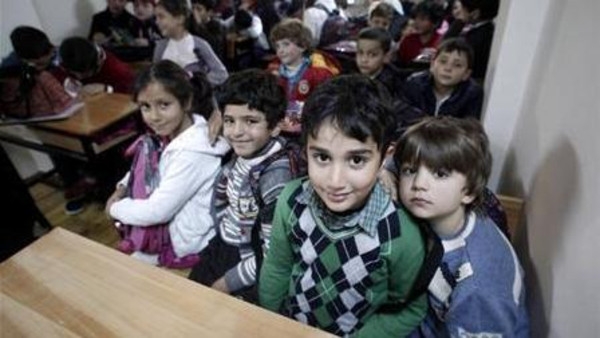 Turkey’s education ministry has started to run double-shift classes for Syrian refugee children, in a bid to cope with the deluge of migrants from the war-torn country. Turkish students in several provinces now attend classes before noon and refugee-students attend in the afternoon, Istanbul-based newspaper Hurriyet Daily News reported on Saturday. Out of the some-two million Syrian refugees in Turkey, over 350,000 are children. Last year, the education ministry ordered schools under its control to remove bureaucratic obstacles to the registration of child refugees, and has opened around 120 temporary schools The ministry is also working with U.N. children’s agency UNICEF and the national post directorate to pay Syrian volunteer teachers.