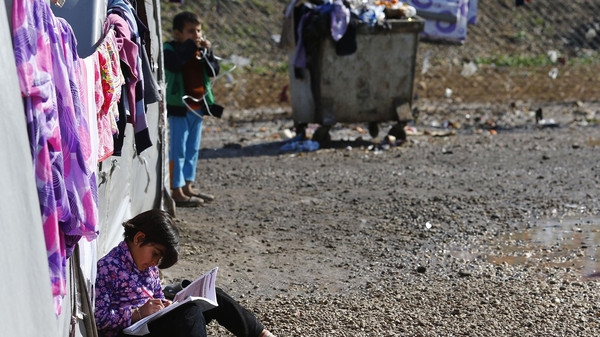 S. authorities are facing a difficult task screening Syrian refugees for potential extremists because of a shortage of intelligence from the war-torn country, officials told lawmakers Wednesday. Michael Steinbach, assistant director of the Federal Bureau of Investigation, said the U.S. government had data and intelligence to draw on when it performed background checks on refugees from Iraq in recent years but in the case of Syria, there was “a lack of information.” “The difference is, in Iraq, we were there on the ground collecting, so we had databases to use,” Steinbach told the House Homeland Security Committee. “The concern is in Syria, the lack of our footprint on the ground in Syria, that the databases won’t have the information we need,” he said. “You are talking about a country that is a failed state, that does not have any infrastructure so to speak,” he said. Washington has decided to let in more Syrians displaced by the civil war and announced plans in December to review about 9,000 refugee cases referred by the U.N. refugee agency. U.S. officials told AFP on Wednesday that nearly 11,000 cases referred by the UNHCR will be examined. Since the conflict erupted in 2011, the United States has admitted 512 Syrians into the country, according to the State Department. Lawmakers at the hearing voiced dismay at the possibility that some of the male refugees heading to America could be potential jihadists. The U.S. was already working to stop foreign fighters from returning to America and admitting large numbers of refugees “would be a federally sanctioned welcome party, if you will, to potential terrorists in the United States,” said Michael McCaul, Republican chairman of the committee. Such a move would be a “huge mistake,” he said. The head of the National Counter-terrorism Center, Nicholas Rasmussen, told lawmakers there would be a thorough screening effort. He said “what we want to be able to do is apply the full weight of US intelligence community holdings to the vetting and screening process so that we can unearth any information that we may have in our holdings that gives us concern about particular individuals.” Syrian refugees are now the largest group under the U.N. refugee agency’s mandate, with more than three million forced to flee the conflict. The UNHCR has warned the number could rise to 4.27 million by next December.