UK Should allow more Syrian Refugees to come to the country 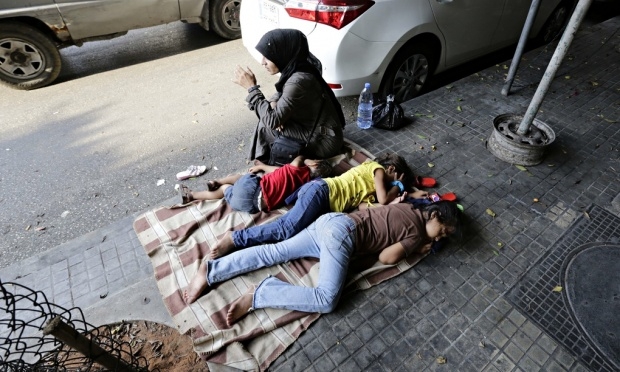 Amnesty International, Christian Aid, Islamic Relief and other organisations appealed last week for the British government to take many more refugees. In the spring of last year, the Home Office minister, James Brokenshire, announced that: “Our country has a proud history of granting protection to those who need it … we have launched the Syrian vulnerable persons relocation (VPR) scheme to provide protection in this country to particularly vulnerable refugees who are at grave risk.” It is difficult to be certain, among 10 million refugees, exactly who are the most vulnerable and at the gravest risk – it could be young orphans, pregnant women, elderly people without families, or the disabled. All we know is that there will be many. Even if the most vulnerable of all will have died in the fighting or failed to survive their flight, there must still be tens of thousands of desperate and helpless people whose need of protection can’t be denied. In the year since this policy was announced, fewer than a hundred – 90, to be exact – have been admitted to this country under its provisions. It may be true that our country has a proud history of granting protection to those who need it, but it is no more than history now. The government might defend its policy on grounds of squalid realpolitik. It has given a lot of money to the support of refugees within Syria and the neighbouring countries. The British government is not alone in making promises it cannot live up to and has no intention of trying to keep. The only European countries to respond to the Syrian emergency with anything approaching generosity have been Germany and Sweden – and in both the government is facing a populist backlash against such decency. Not everyone who wants to come here could. But with all that said, small gestures are better than none at all. If 10 times as many of the most vulnerable people were admitted from Syria as are at present, that would still only be a thousand a year. The government should respond to the call of charities, and of charity.