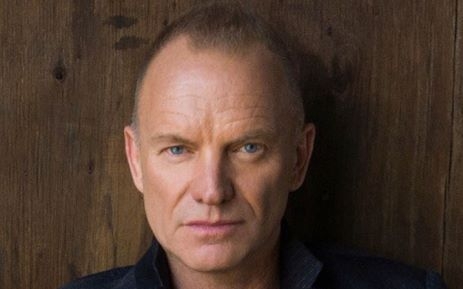 A star-studded list of UK celebrities from Oscar-winning actress Emma Thompson, to musician Sting and designer Vivienne Westwood wrote to Prime Minister David Cameron on Monday, criticising the government for not welcoming more Syrian refugees. A year ago, Britain announced it would accept several hundred of the most vulnerable Syrian refugees as part of a special resettlement programme. But the latest figures show only 90 have arrived so far, according to the Refugee Council, one of the leading charities in Britain working directly with refugees. “In a climate where children are sent to work in order to help their parents survive, where young girls are sold off as child brides and where torture victims are unable to rebuild their lives, every resettlement place (that) countries like Britain provide is a lifeline,” the celebrities said in an open letter. “Resettling ‘several hundred people’ just isn’t good enough for a global leader. This issue isn’t about migration statistics or party politics, it’s about people. It’s about the values that we in Britain hold dear; compassion and humanity.” Other celebrities who lent their support were actresses Vanessa Redgrave, Juliet Stevenson and Michelle Dockery, artist Grayson Perry, and film directors Ken Loach and Stephen Frears. Television presenters Michael Palin and Dan Snow and fashion designer Bella Freud also signed the letter. The exodus from Syria’s nearly four-year conflict is one of the largest forced migrations of people since World War Two. At least 3,7 million Syrians from a population of about 23 million are registered as refugees, mainly in neighbouring states, which are straining to provide accommodation, food, water and sanitation to the new arrivals. In Lebanon, home to 1,16 million Syrian refugees, one in four residents is a refugee. Turkey hosts a further 1,62 million Syrian refugees, Jordan 622,000 and Iraq 235,600, according to the latest figures from the United Nations refugee agency UNHCR. UNHCR, which wants to resettle 130,000 Syrians outside the region by the end of 2016, has repeatedly urged rich nations to show solidarity with Syria’s neighbours and take more refugees. Since 2013, Germany has pledged to take in 30,000 Syrians, Australia 5,600, Sweden 1,200 and Norway 1,000. The Refugee Council,s Chief Executive Maurice Wren said Britain’s funding to the relief effort was not enough, in a bid to escalate the issue in political debate ahead of a general election in Britain in May. “The question is does David Cameron want to go down in history as the prime minister who rationed his compassion to a few hundred people when there was the opportunity to offer safety to so many more?” he said in a statement. Mark Goldring, the chief executive of Oxfam, has also lobbied for more refugees to be resettled in Britain. “We can no longer continue to treat this problem solely at arm’s length. For some refugees, life in camps or makeshift shelters is not just hard, it is impossible,” he said. The statements come as Syrian refugees endure a particularly severe winter in the Middle East.