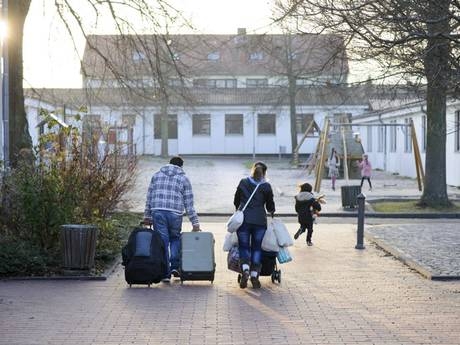 For a certain generation, images of desperate Syrian refugees crammed into overcrowded boats carrying their children in their arms may seem familiar. In the late 1970s, after the fall of Saigon (now Ho Chi Minh City), a similar exodus of Vietnamese fleeing the new Communist regime created the first wave of people who were willing to risk death at sea to find safety and sanctuary for their families. Many succumbed to piracy, drowning or dehydration, but those who made it alive filled refugee camps in Thailand, Malaysia, Indonesia and Hong Kong. Like the ripple effect from the Syrian refugee crisis today, neighbouring countries were overwhelmed and appealed for help. Back then, the world responded: between 1975 and 1995 around 1.3 million refugees were resettled across the West. Today, the world faces its biggest refugee crisis since the Second World War and nearly four million Syrians languish in camps in Turkey, Lebanon and Jordan. They have fled a conflict that has claimed the lives of more than 210,000 people, half of them civilians, according to figures from the UK-based Syrian Observatory for Human Rights. The group, which has a network of activists across Syria, says the figure could be far higher. Developed nations have so far pledged sanctuary to just 104,000 Syrian refugees. Now there are calls for a similar scheme to the Indochina resettlement programme to stop Syrians and others risking their lives on boats in the Mediterranean. François Crépeau, the United Nations Special Rapporteur for migrants’ rights, is calling on countries in Europe, and other rich nations, to find homes for one million refugees over five years through an organised and fair quota system. “We can do it – we did it for the Indochinese 30 years ago, we can do it now,” he told The Independent on Sunday. “There is not this eagerness to do the right thing that there was at that time, but states could say that it is our responsibility and have the moral leadership and the political courage… They can make the case, taking the risk of losing [votes], but taking a stand and telling the population, ‘It’s not necessarily easy, it’s not necessarily what you want, but it’s what you have to do.’” So far, only Germany and Sweden have stood up to rising anti-immigrant forces within their countries and launched significant resettlement programmes for Syrians. The response of the rest of Europe has been derided by human rights experts, with Britain being singled out for its reaction. Despite a pledge from David Cameron one year ago that the Government would respond with “urgency”, only 90 Syrian refugees have been offered sanctuary. Jan Shaw, Amnesty International UK’s refugee expert, said: “The Syrian refugee crisis has been called the most pressing humanitarian disaster of our time, yet the response by the international community has, with very few exceptions, been pitiful. You only need to look to the history books to see how nations working together can be effective in alleviating these crises. How many more Vietnamese or Kosovars would have been killed, tortured or raped if the international community hadn’t come together to offer them safety?” The Indochina crisis began after the fall of Saigon in 1975, when a steady stream of Vietnamese fled persecution from the new Communist regime. The numbers increased as repressive governments took hold in Laos and Cambodia, with three million people fleeing, many by boat, over two decades. Under a new framework for Syrian and Eritrean refugees envisaged by Mr Crépeau, people could apply for resettlement from the camps in neighbouring countries. They would be allocated to host nations under a quota system which would take into account population, GDP, available land, and population density. Mr Crépeau estimates that would mean a nation like Canada would take 9,000 Syrians a year, while Germany would re-house 20,000 per year. “These are not huge numbers once you distribute them by year and by country according to a distribution key,” he said. The impact for those fleeing war, however, would be huge, with people no longer compelled to take to the Mediterranean on a migration route on which least 3,000 people were killed last year.