UN is Calling for Aid To Syrian Refugees 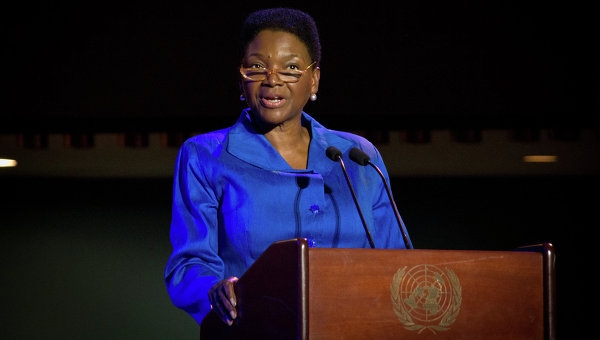 UN Humanitarian Chief Valerie Amos urges to seek funds for the Syrian refugees in Turkey, who had fled Kobani, also known as Ayn al-Arab, from Islamic State (IS) terrorist organization.

“Nearly 200,000 civilians fled Ayn Al-Arab into Turkey in a matter of weeks and the Turkish authorities responded immediately,” Amos stated Monday, urging other parties to join efforts to help the refugees.

The UN says 900,000 Syrian refugees are registered in Turkey and the actual number is estimated at 1.6 million.

Turning to Lebanon and Jordan, Amos said that “over three million have fled and are seeking shelter in neighboring countries – 1.1 million are registered in Lebanon where one third of the population is made up of Syrian refugees. 619,000 are registered in Jordan, but the actual number is much higher.”

Amos, who is also the UN’s Under-Secretary-General for Humanitarian Affairs and Emergency Relief Coordinator, referred to her visit to Yibo transit camp in Suruc, where 5,000 people are currently seeking shelter, recounting that she “met a woman, who hadfled Homs to Kobani and had to flee again to Suruc.”

For the past several weeks Kobani, also known as Ayn al-Arab, one of the largest towns in the Kurdish region of Syria bordering Turkey, has been under attack of the IS militants.