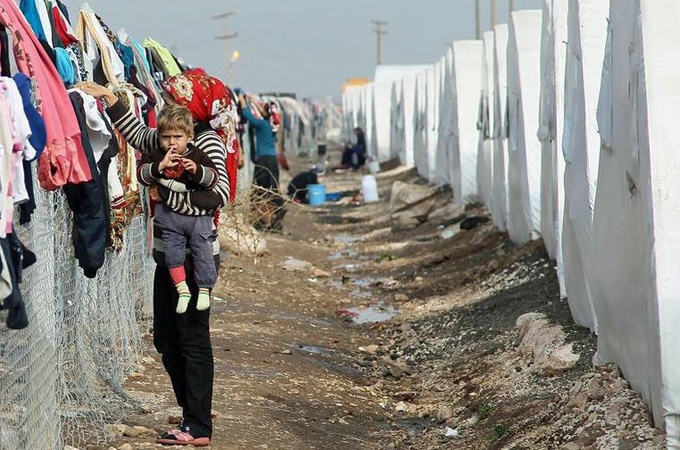 The UN World Food Programme will restart its food aid for 1.7 million refugees in Jordan, Lebanon, Turkey, Iraq and Egypt after it received enough donations to fund the suspended programme. The WFP announced last week that it would partially suspend food aid due to a funding crisis, meaning food vouchers would be cut for Syrian refugees living outside refugee camps in neighbouring countries. The agency said on Tuesday that a fundraising drive since then had raised $80m, which will allow it to distribute new funds of around $30 per family member by mid-December and also leaving some funding for next month. “This outpouring of support in such a short time is unprecedented,” WFP Executive Director Ertharin Cousin said in a statement. According to the WFP, providing food, both inside Syria and in neighbouring countries, costs around $35m a week. Government donations made up most of the amount raised while individuals and private sector donors in 158 countries contributed $1.8m, it added. It did not say which states had donated money. Syrian refugees who had their food aid cut said that without it they would be unable to feed themselves, educate their children or warm their tents through the winter. Even though a WFP spokesperson said the most vulnerable refugees would be a priority, many of these Syrians remain on edge for what may come. Syria’s civil war is entering its fourth winter and donors have provided just over half the money the UN sought this year. More than 4 million people internally displaced inside Syria are receiving food packages, including cooking oil, lentils and rice. Refugees in neighbouring countries are given electronic vouchers.