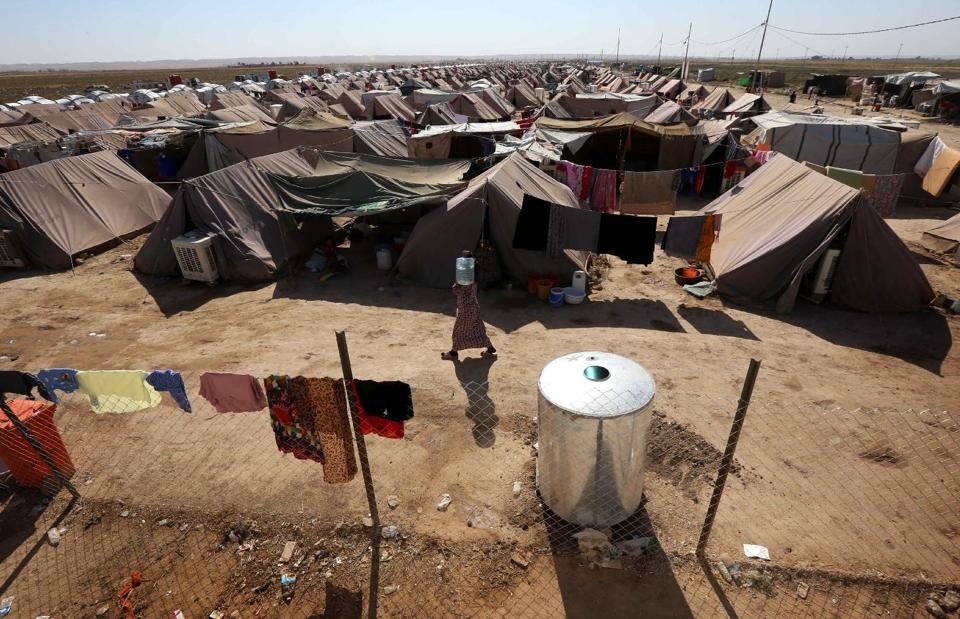 The UN refugee agency said Tuesday it had been forced to slash the number of people it can help prepare for winter in conflict-ravaged Syria and Iraq for lack of funds. “The whole humanitarian community is facing shortfalls. People are becoming numb,” said Amin Awad, who heads UNHCR’s Middle East and North Africa bureau, lamenting that his agency was having to make “tough choices”. The agency said it was facing a shortfall of $58 million (47 million euros) for its efforts to prepare millions of displaced people in Syria and Iraq for winter. As a result, as many as one million displaced people desperate for blankets, kerosene, warm clothes and other items needed to keep warm and dry may have to go without assistance, it warned. “I wish we could support everybody, and I wish that we could keep everybody warm,” Amin told reporters in Geneva, adding however that “the world is not responding.” He noted that around 13.6 million people had been displaced from their homes in Syria and Iraq, including 3.3 million Syrians and 190,000 Iraqis who had fled their countries to become refugees. Some 7.2 million Syrians have been displaced within the war-torn country, many of them multiple times. And 1.9 million Iraqis have been displaced this year alone — a million of them since Sunni extremist group IS began seizing large swaths of the country in June, declaring an Islamic “caliphate” across much of Iraq and Syria. “Many fled with nothing,” UNHCR spokeswoman Melissa Fleming told reporters. With winter already on the doorstep, and temperatures falling as low as minus 16 degrees Celsius (3.2 Fahrenheit) in some parts of Syria and Iraq, UNHCR has already invested $154 million in winter aid for the devastated countries. But because of the funding shortfall it has been forced to revise down the numbers it can help. The agency had planned to help 1.4 million people in Syria and 600,000 people in Iraq, but now expects to reach only 620,000 in Syria and 240,000 in Iraq. As a result, UNHCR said it was being forced to make “some very tough choices over who to prioritise.” “The needs are massive but funding has not kept up apace with the new displacement,” Fleming said. Those at higher, colder altitudes, as well as vulnerable people such as the sick, the elderly and newborns, are first in line for aid, Amin said. He noted that 11 young children froze to death in Syria last year. “The same can happen this year with children, elderly and frail persons,” he warned.