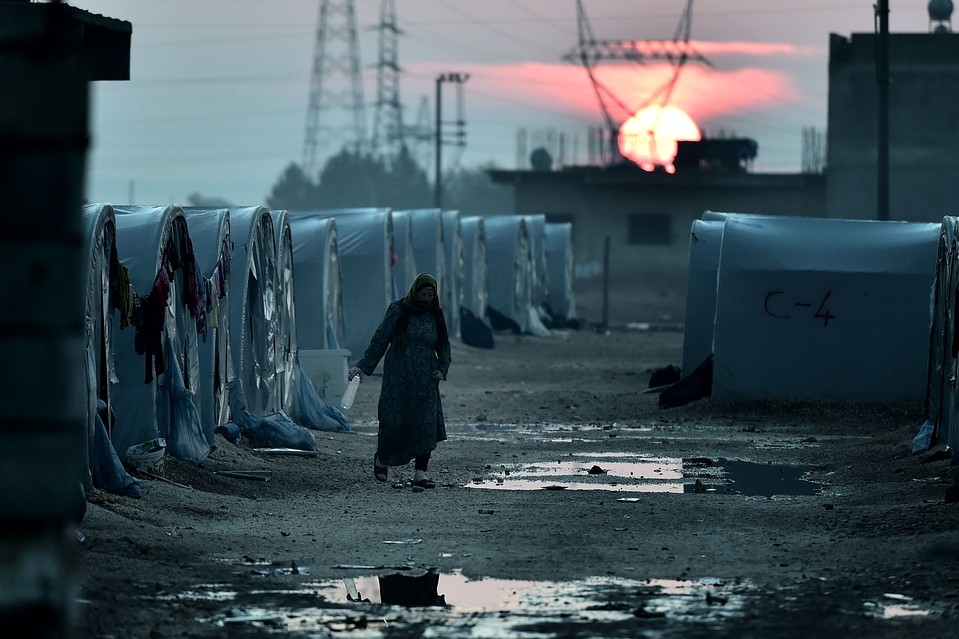 he United Nations World Food Programme on Monday said it would halt its aid to 1.7 million Syrian refugees on the cusp of winter due to lack of funding. In a statement on their website, the WFP said the consequences of the decision will be “devastating” for the refugees and their host countries. “A suspension of WFP food assistance will endanger the health and safety of these refugees and will potentially cause further tensions, instability and insecurity in the neighboring host countries,” WFP Executive Director Ertharin Cousin said in the statement. The decision will impact refugees in Jordan, Lebanon, Turkey, Iraq and Egypt, and comes at a time when temperatures have begun to drop in the region, raising concerns around how refugees will be able to endure the potentially harsh winter. Many Syrian refugees, especially in Lebanon, where the majority of refugees reside, live in makeshift tents and camps and suffer from a lack of fuel, clean water, proper sanitation and warm clothing. The U.N. agency warned in September it was running out of funds and that cutbacks were inevitable if additional support wasn’t received. The inability to secure the $64 million needed for the program to continue also ends the WFP’s electronic voucher program. The e-vouchers allowed refugee families access to a prepaid credit card that could be used in participating local stores. The program had contributed $800 million to the economies of the host countries, the statement said. If sufficient financial support is secured, the program will resume immediately, the statement said. As the Syrian crisis nears the end of its fourth year, the WFP isn’t the only U.N. agency struggling to meet its funding appeals, said Lama Fakih, Syria and Lebanon researcher at Human Rights Watch. Of the $3.7 billion request made in June 2014 by the U.N. High Commissioner for Refugees, Syria’s neighboring countries and other humanitarian agencies, only 51% of the funds have been received thus far. “As the number of Syrian refugees increases, 3.2 million now, the needs increase, and despite international attention diverted to other crises, Syrians are still very much in need,” said Lama Fakih, Syria and Lebanon researcher at Human Rights Watch. There are several reasons contributing to the lack of sufficient aid to Syrian refugees, most notably the various humanitarian emergencies happening simultaneously around the world that have diverted the world’s attention and wallets away from Syria. According to Joelle Eid, the WFP’s communication officer stationed in Amman, Jordan, the need for humanitarian aid has skyrocketed this year. The WFP is currently dealing with five high priority emergencies around the world, including the Ebola crisis, Eid said. “If we don’t urgently get this assistance, get the $64 million for December alone, people will simply go hungry,” she added.