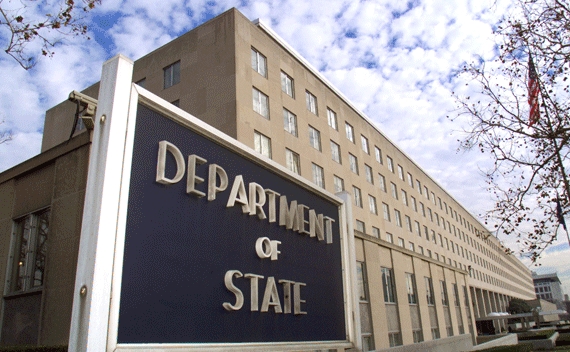 Today, Assistant Secretary of State for Population, Refugees, and Migration Anne C. Richard announced that the United States would provide $10 million in additional humanitarian assistance to help communities in the region hosting the more than 3 million refugees from Syria. Assistant Secretary Richard made the announcement in Berlin at an international conference hosted by the Government of Germany on the Syrian Refugee Situation – Supporting Stability in the Region. This new assistance, provided through the United Nations Development Program, will help address the many needs experienced by local communities hosting refugees from Syria. It will improve schools, buy textbooks and supplies, build health clinics, support staff from local communities, and improve and extend water and sewer infrastructure, benefiting both refugees and the communities where they live throughout the region. The United States recognises the heavy economic and social strains that hosting this vulnerable population place on local communities and national governments. Of the more than 3 million refugees from Syria, 80 % live in urban areas. Countries need sustained international support to help cover the escalating costs of hosting so many refugees. We urge all governments to increase their contributions to the international humanitarian effort for those affected by the violence in Syria and hope today’s announcement of concrete support for host communities will inspire other donors to come forward with additional resources. Since the start of the conflict, the United States has provided more than $2.9 billion in humanitarian assistance inside Syria and throughout the region. Roughly half of this funding has supported organizations working to meet the needs of refugees in neighbouring countries. In addition, the United States provides significant amounts of bilateral economic and development support to countries in the region. At the same time, the United States urges governments to continue to accept those fleeing the violence. We know that governments and communities in neighbouring countries are straining to handle this massive influx of refugees. Nonetheless, it is critical that those fleeing violence are able to seek refuge. According to the United Nations High Commissioner for Refugees, more than half of Syria’s population has been forced to flee their homes, seeking refuge in Turkey, Lebanon, Jordan, and Iraq. Nearly 6.5 million civilians have been displaced within Syria, and nearly 11 million Syrians are in need of aid within the country.