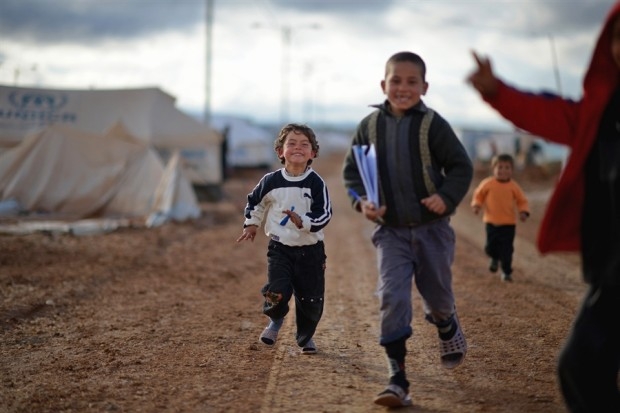 Under the banner “Assist”, a group of Syrian youths launched a campaign that aims to support needy Syrians in Turkey, particularly in the city of Gaziantep, as well as providing aid to Syrian refugees in camps, in southern Turkey. Speaking to ARA News, Hamza Mohammed, one of the founders of the campaign, said that every Syrian citizen living in Turkey is able to help the needy fellow Syrians, whether donating material goods or providing financial assistance. “People should not underestimate their little help to their peers,” he argued. Mohammed pointed out that the objective of the campaign is mainly humanitarian; “to alleviate the suffering of the Syrians in Turkey, by improving housing standards, providing clothing and means of heating during this cold winter”. “This step is an attempt to restore the smile of Syria’s children in exile,” Mohammed added. He said that another objective of the campaign is to develop voluntary work among the youth in an attempt to create a generation willing to put public welfare before their private interests. “The campaign is basically launched in Gaziantep, but we seek to expand it to all parts of Turkey, to help and cover large numbers of Syrians,” Fadwa Suleiman, member of the campaign told ARA News. Notably, the campaign is formed of a group of Syrian youth not funded by any party, but rather voluntary individual efforts.