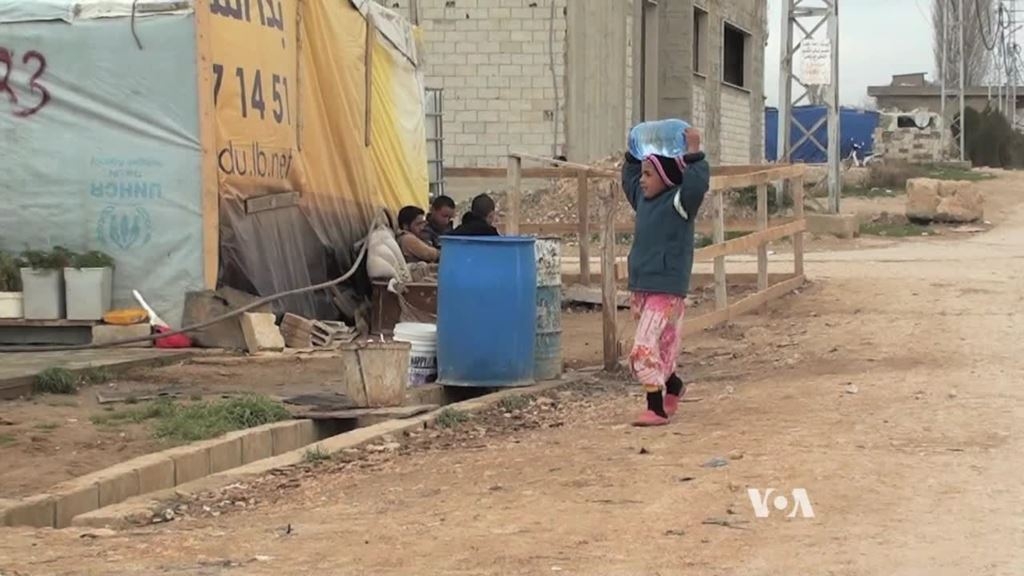 In a region choking from dwindling water supplies, Lebanon has long been regarded as one of the few places where there is enough. But in recent years, half the people in the country have faced severe shortages. And the more than 1 million Syrian refugees in Lebanon are hit worst, making the country’s most vulnerable people increasingly impoverished and sick. In informal refugee camps in the Bekaa Valley, there is no shortage of water tanks, but many are empty. Aid organizations deliver free water to many families about once every 10 days, but children say that water lasts only a few days. Refugees sometimes walk several kilometers every day to find enough to drink, and they say they are constantly scrounging for money to buy deliveries. Outside a temporary schoolhouse in one camp, the school principal, Abu Yamen, said water shortages were leading to declining sanitation, making children sick, which is especially dangerous now as the winter approaches. Yamen said he tries to teach children good hygiene, but most kids simply do not have enough water to be able to follow instructions. Lebanon’s water crisis is partially due to a drought last year. However, recent aid cuts for refugees have also reduced the amount of water families can buy. Daniel Gorevan, who leads Oxfam’s Syria Crisis policy, warned that providing water only to refugees — excluding Lebanese people who need more water — could further complicate the problem. “They can develop their infrastructure and ensure that the services which are provided and the jobs which are created can benefit refugees and poor host communities alike, because we are seeing increased tensions between refugees and host communities across the different countries,” Gorevan said. Aid workers also say much of the suffering could be alleviated by repairing old pipes and equipment estimated to leak about half the available drinking water. In some camps, Syrian refugees say fighting depression is one of their main problems. Dalia Mikdashi, a public health promotion specialist for Oxfam in the Bekaa Valley, where most of Lebanon’s Syrian refugees live, said water shortages add to the despair. “This is a challenge,” she said, “since the fact is the resources available cannot even match what was available before. This is also related to the hygiene promotion approach: How can we address this and make sure that people can adapt and not feel like their dignity is being affected?” But in the poorest camps, said Umm Khaleel, a mother of seven, dignity is less of a priority than survival. She said most families in her camp have not had water or electricity for weeks, and the children are getting skin infections. She also said a foul-smelling sewage pit about six meters from the camp has contributed to illnesses. A rushing nearby stream, she added, does not help because the sewage has made the water so polluted, it is not even clean enough for washing clothes.