What can be done for Syrian refugees in the Middle East 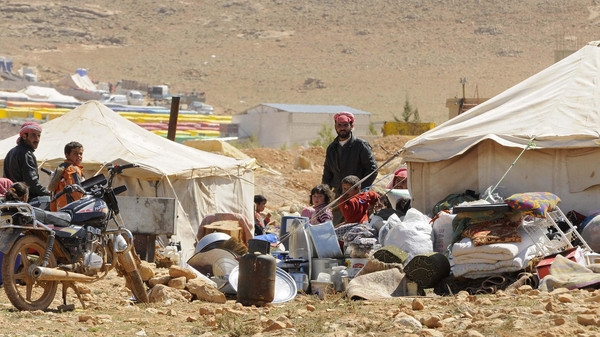 This winter marks yet another long period of coldness and misery for millions of displaced Syrians. In Iraq, Lebanon, Turkey and Jordan large numbers of Syrians are refugees — though we prefer to call them “guests” here in Turkey. I would like to ask some tough questions: When will Arab nations give these noble people full access to schools, hospitals, and employment? Will the EU countries and the U.S. get involved in the process of integration, education and recruitment of Syrian refugees? Every indication points to the fact that Syria will not be stable or fully habitable anytime soon if that is what the Arab countries are expecting. What provisions are we making to integrate the displaced Syrians into the Middle Eastern societies as full citizens? For now, the EU might be thinking the Syrian refugees and their education is not any of their concern and once they cancel the marine rescue operations for the refugee boats, they would be spared from the “trouble.” However, according to a readmission agreement Brussels and Ankara signed on Dec. 16 2013, Turkish citizens will be able to enter the EU without the requirement of a visa. If in the meantime, the Syrian refugees in Turkey are given citizenship status, they will be allowed to, making their status also the EU’s concern. If the EU desires to avoid an influx of unemployed Syrians, the EU states should get involved in solving this problem along with Turkey. Do we seriously expect that the “Azraq” refugee camp in Jordan, in which over 100,000 Syrians linger in hardship, will remain a camp for several more years? I hope and pray not. But what to do with the Syrians, who now make up 25 percent of the Jordanian population? At every cost, we in the region must avoid treating Syrians as we did Palestinians in Lebanon after conflicts between Israel and Palestine. That poor treatment of Palestinians has led to their marginalization in Lebanon, no travel documents, legal employment, education rights, and many vulnerable to radicalization. When will Arab nations give these noble people full access to schools, hospitals, and employment? Ceylan Ozbudak It is not a secret to any of us how the conditions in the Palestinian refugee camp affected the Lebanese civil war. Palestinians, who have had refugee status for the last six decades continue to live in Lebanon, fueling opposition towards Israel. We must learn from these mistakes and avoid putting Syrians through the same cruel experiences. I understand the impulse to argue for nationalism and access to health, education, and employment for Lebanese or Iraqis first. But that pettiness stifles the growth of economies, creates parochial identities, and sows the seeds for future conflicts within different sections of society. The Syrians need long-term answers This is not an age for chauvinism. Europe was built on the mass movement of people, as was the historical Middle East. If Germany hadn’t been able to attract the migrant workforce it required for its industry in the 1960s, it might not have been the Germany it is today. The issue of Iraqi and Syrian refugees forces countries like Turkey to rethink their action plans for the next 10 years. We need to think and provide more long-term answers for citizens to move freely, like the European Union. Palestinians and Syrians deserve better than being quarantined in camps or refugee communities. They deserve travel documents, identity cards in a regional union that facilitates free movement of people and goods driven by availability of jobs, and need for service. Such a political integration would help the free flow of natural resources and help create jobs as well. For instance Jordan is keen to help integrate a number of its Syrian refugee population, however, the natural resources for water in Jordan is not enough to accommodate these people even though the vacant land is. Turkey on the hand is rich in water and many other natural resources but with its 76 million population, we cannot say the land is vacant to accommodate more people. Jordan imports 97% of its wheat and countries like Bulgaria and the U.S. are among those who sell wheat to Jordan while Egypt, which is much closer to Jordan, can meet Jordan’s wheat demands for much cheaper price and create jobs to solve its rural poverty problem if the doors of two countries opened to each other. Syrians are mostly educated Arabs – among them doctors, dentists, and engineers needed across the Arab world. But the travel bans and the current structure of a divided Middle East prohibits talent meeting need or demand while a skilled work force can be turned into an advantage for all sides. The Turkish government has implicitly acknowledged that many Syrian refugees are likely to remain permanently in the country. In Turkey, the Syrian guests will now be able to get a work permit to allow their employment within a legal framework. The Turkish government will also issue temporary identity cards for all Syrian refugees, which will grant them a number of rights such as access to education and health care. Turkey cannot solve this regional problem alone. We cannot ignore the Syrian question in our midst – it points to a deeper, wider challenge across the Middle East in which we lack political unity, more economic activity, and religious freedom. Unless we as the nations of the Middle East unite in common purpose based on our shared values, allow for market forces to operate freely, we will continue to diminish in every index of measuring growth. The presence of Syrians, those ancient and freedom-seeking peoples, forces us to ask tough questions about our vision for the Middle East. Compassion must give way to selfishness, unity to override division. Future generations will look back at us and decide whether we capitulated to discord, or we bequeathed to them a Middle East union that is a beacon of faith, hope, benevolence and prosperity.