What’s the holdup on Syrian refugees 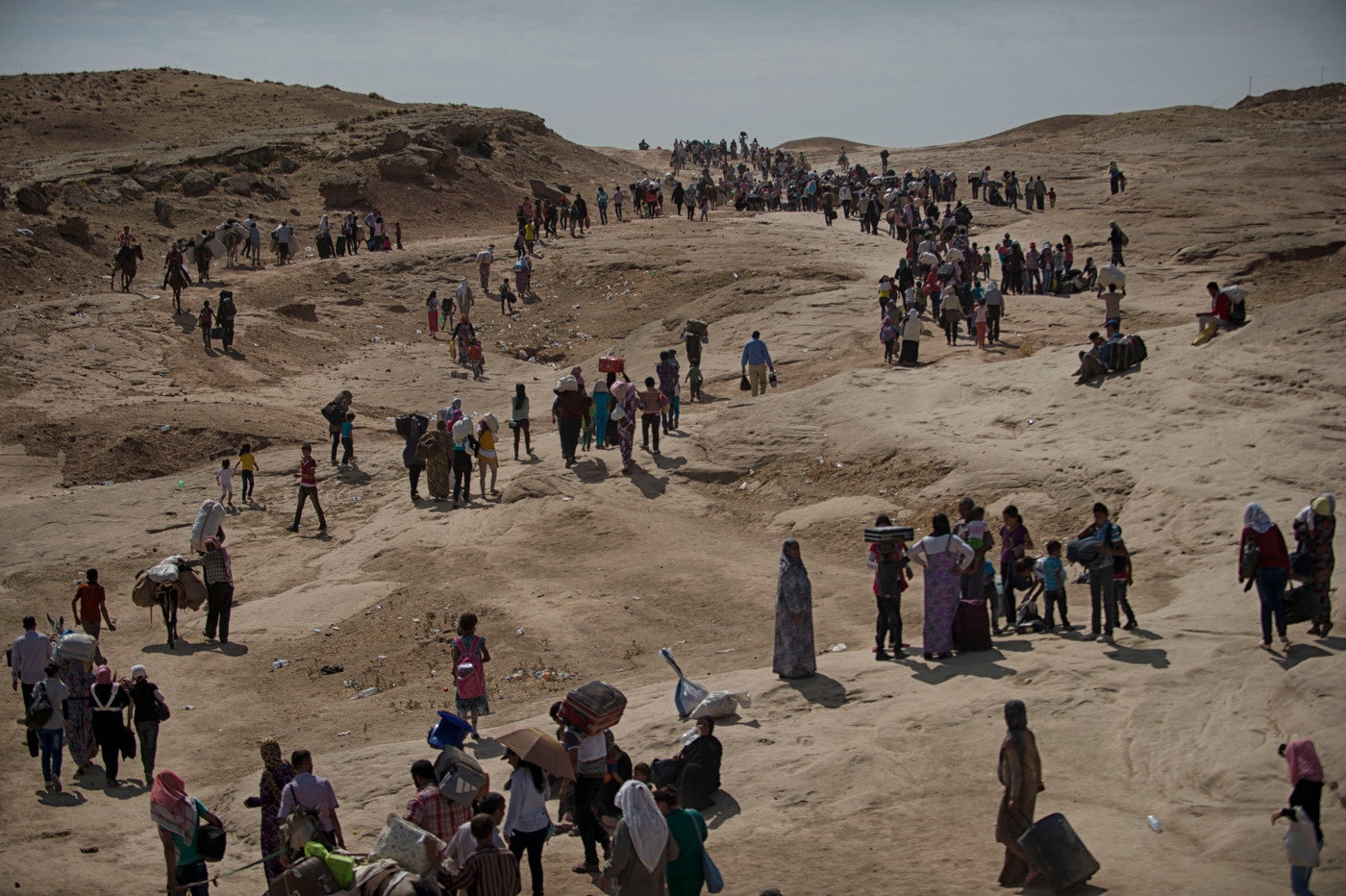 The numbers speak for themselves. About 190,000 people have been killed, most of them civilians. More than 10 million Syrians have been displaced, and nearly 11 million people are in urgent need of humanitarian assistance in Syria. According to Amnesty International, 3.8 million refugees from Syria have fled to five countries: Turkey, Lebanon, Jordan, Iraq and Egypt. And according to the United Nations, 378,684 more people in those countries are in need of resettlement in 2015-16. What has the rest of the world done to help with relocation? Germany and Sweden have done most of the heavy lifting, receiving 96,500 new Syrian asylum applications in the past three years. Everyone else has done little to nothing. What about Canada? A recently released government document says that as of Nov. 13, 457 Syrian refugees have landed in Canada, out of 1,300 pledged by Jason Kenney as immigration minister in 2013. And despite sincere overtures of concern and promises to act on larger numbers by Mr. Kenney’s successor, Chris Alexander, an official announcement has yet to materialize. At a Geneva conference on Syrian refugees held by the UN High Commissioner for Refugees last week, Canada declined to make any new commitments. Worse, the government now inexplicably wants to prioritize any Syrian refugees it relocates based on their being from a religious minority, instead of based on need. The UNHCR follows a thorough process to prioritize the most vulnerable, including women and children at risk, survivors of violence or torture, refugees with medical needs or disabilities, and those at risk due to sexual orientation, among other factors. Agency policy requires resettlement programs to be needs-based and non-discriminatory. This is puzzling behaviour, given Canada’s long tradition of relocating large numbers of refugees from around the world. In 1979 and 1980, Joe Clark’s Progressive Conservative government was involved in the resettlement of approximately 60,000 Vietnamese, Cambodian and Laotian refugees. In 1986, Canada became the first and only country recipient of the prestigious Nansen Refugee Award, which the UN awarded to the people of Canada. Since the end of the Second World War, more than 860,000 refugees have been resettled on Canadian soil. In recent years, close to 20,000 Iraqi refugees were resettled here. On average, Canada resettles one out of every 10 refugees globally, through private and government-assisted sponsorships. The UNHCR has called for the resettlement of a minimum of 100,000 Syrian refugees in 2015-16, which, given our historical average, translates to a Canadian share of 10,000 refugees. And Canadians want to help. Key organizations have already publicly announced their willingness to assist in the sponsorship of refugees. The Sponsorship Agreement Holders Association, which consists mainly of church-based organizations, has already submitted more than 100 sponsorship applications since 2013. The Canadian Immigrant Settlement Sector Alliance, a national umbrella group that acts as a representative for numerous provincial associations, has sent a letter to Mr. Alexander making the case for resettlement of 10,000 Syrian refugees. And we already have a model to follow: the Iraqi resettlement program, which has been successful through a combination of government-assisted sponsorship and private sponsorship. This government is in a position, just as Mr. Clark’s was, to announce its intentions and partner with private and non-governmental organizations that can help facilitate resettlement of refugees to achieve its stated goals. The government can also use Canada’s family-class sponsorship system to expedite and give priority to Syrian refugees who qualify. The system is cost-effective, since financial costs will be absorbed by sponsoring families. Canada is no stranger to making exceptions to its family sponsorship program based on critical need. Recent examples include Iraq (in response to civil war, in 2007), Haiti (following the devastating earthquake of 2010) and the Philippines (after a devastating typhoon in 2013). Canada already has support mechanisms for immigrant integration that promote citizenship acquisition, official multiculturalism and funding of settlement services. Our systems are the envy of the world, with multiple waves of immigrants and refugees successfully integrating and peacefully coexisting. We have the legal obligation, the tradition, the know-how and the mechanisms. What’s the holdup on Syrian refugees