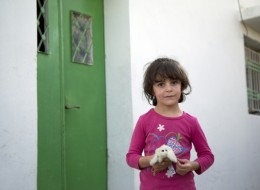 The Syrian conflict has passed two sobering milestones. The civil war — now entering its fourth year — has now claimed more than 200,000 lives and forced more than three million people to flee the country. Of those displaced by the violence, more than one million have sought refuge in neighbouring Lebanon. It would be an understatement to say that Lebanon is struggling to keep up with this challenge. The small Mediterranean state is already home to more than 450,000 Palestinian refugees. There are a further 50,000 displaced Lebanese civilians who fled to Syria during the fighting in 2006 and have since returned to their home country, and Syrian refugees now account for 26 per cent of the total population in Lebanon. The situation will not get any better soon. As Canadian Ninette Kelley, head of UNHCR in Lebanon, recently said, “Right now it’s basically a race for survival… I cannot convey to you the desolation that you witness every day.” The Canadian government can and should be playing a more direct role in addressing the refugee crisis in Lebanon by immediately increasing our humanitarian assistance. The international community has developed a Regional Response Plan (RRP) to provide assistance for refugees, but shortages in funding threaten the continuity of this support. In 2014, the UN and its partners received approximately half of the funding needed to effectively support refugees across the region. The World Food Program (WFP) announced in December 2014 that it wouldn’t be able to deliver critical humanitarian support because of insufficient funds. It was only able to continue providing food and water to displaced persons because of a last-minute donation of $104 million from Saudi Arabia. A recent study by Oxfam assesses the contributions of major OECD countries against their “fair share” of the needed funds. (For info on how “fair share” is calculated, click here ). Allies such as Denmark and the United Kingdom are punching well above their weight, contributing 230 per cent and 154 per cent of their fair share respectively. Currently, Canada comes in behind the pack by only providing 64 per cent of our fair share to this effort. This shortfall in Canadian assistance contributes directly to the resource gap faced by the UN. There are serious questions about the allocation of the financial support actually delivered by the Canadian government. More than $69 million has been allotted to “security and stabilization assistance” since 2012. Of this amount, $48.26 million has gone solely to the Jordanian government. Lebanon, however, is largely neglected — and we must question why Canada isn’t doing more to support the more than 1 million Syrian refugees in Lebanon. This imbalance in government funding is especially troubling considering that the Lebanese economy and labour market have been seriously and negatively impacted by the influx of Syrian refugees. Although initially welcoming, tensions between the host community and Syrian refugees are on the rise due to increased competition for jobs and skyrocketing costs of housing and basic commodities. Funds are desperately needed to address these challenges as well as relieve overcrowding and strained healthcare and education services in Lebanon. This is one area Canada must do more to help. Beyond humanitarian assistance, Canada must do better at resettling Syrian refugees in this country. New Democrats have repeatedly called on Canada to do more to help Syrian refugees, and to bring more Syrian refugees to Canada. Syrians are now the largest group of refugees receiving assistance from the United Nations Refugee Agency (UNHCR); 23% of all refugees receiving assistance from the UNHCR are Syrian. With no evident political solution to the conflict on the horizon, this figure will only continue to grow. In December 2014, the UN called on governments across the world to alleviate the Syrian refugee crisis by allowing for the immigration and settlement of 100,000 displaced persons. The Canadian government responded by announcing that 10,000 refugees would be allowed to settle in Canada over the next three years – but we have serious concerns about the Conservatives’ poor track record on settling refugees from Syria. Canada can, and must, do more. Germany and Sweden have received 96,500 new Syrian asylum applications in the last three years and Germany alone has pledged 30,000 places for Syrian refugees. As a country that has historically opened its doors to those in need in times of conflict and disasters, it’s time for Canada to follow their lead.