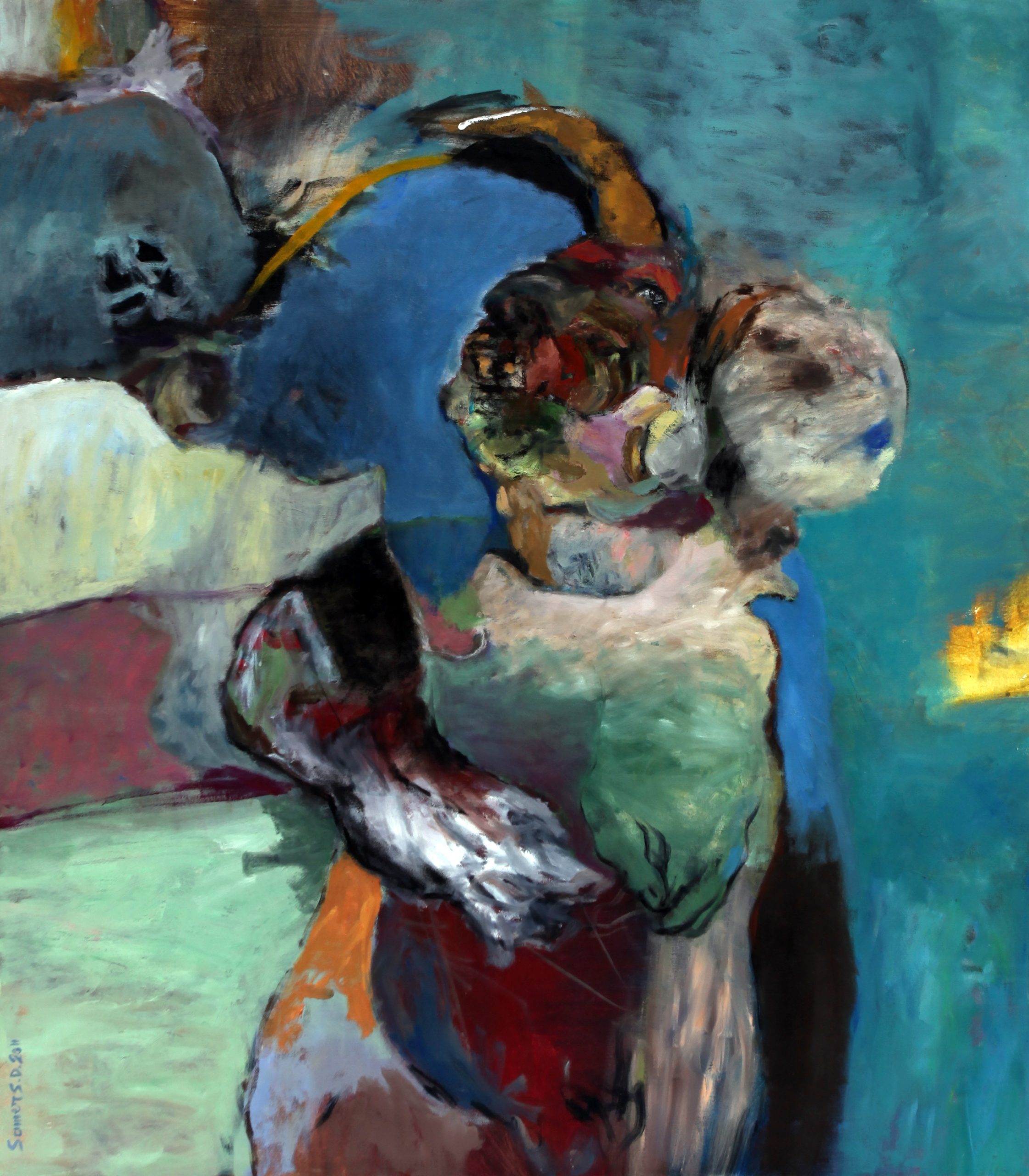 Samer Saem Eldahr is a Syrian-born artist, currently living in Beirut, Lebanon. He is an abstract expressionist painter known for his bold colourful figures. Since he graduated from the Faculty of Fine Arts at the University of Aleppo, Samer has employed a variety of mediums and techniques to develop a unique style. He has participated in a number of group exhibitions and two of his paintings are held in the Syrian Ministry of Culture art collection.

“My basic field of thought is the exploration of the depth of the inner human condition, its transformations and the illustration of the conflict resulting from binary ways of thinking and feeling. A person captured in art is often restricted to only a single emotion, such as sadness, joy or meditation … this depiction is a fixed snapshot of human limits and ‘the photographer’ is unable to reflect true internal feelings. As a result he cannot achieve the exact representation of the psychological condition that is caused by binary emotions – for example, happiness and sadness, positive and negative, good and evil. Reality does not explain those binaries, and it assumes that the human condition is relatively stable.

In my opinion, the integration of a human being can appear by figuration of this binary, which also imposes a relative state of deformation. The psychological situation, resulting from this eternal struggle, lends itself to the limits of visual reality. These works were painted from mid-2011 to the end of that year, mostly at the College of Fine and Applied Arts in Aleppo, when the tension in Aleppo was still in its early stages and the voices of protest at the University of Aleppo was the music that played in the background every afternoon while I was drawing.”– Samer Saem Eldahr